Tony Fadell: How To Reinvent The Ordinary

How do you take something mundane, that most of us overlook, and turn it into something attractive and compelling? Something we can’t help but notice—and can’t resist buying? It’s a question every product designer tries to answer every day—and it’s one I’ve struggled with for my entire adult life.

The first step is deceptively simple: To improve the ordinary, we need to notice it. We have to fight back against our brain’s natural tendency to “habituate” or get used to the things we see every day, even if those things don’t work as well as they should.

Consider the little stickers on pieces of fruit at the grocery store. Those stickers weren’t there when I was a kid. But at some point, someone decided to label produce in order to make it easier to check out. Now we have to peel off the stickers and throw them away before we can even take a bite. It’s an unnecessary step. It’s annoying. But we do it so often that we don’t even notice anymore.

It’s also important to recognize the difference between a painkiller and a vitamin. Would solving a problem make someone’s life a lot better right away? Or would it just improve things in small ways over time? Smartphones started as a painkiller: They were miles beyond the camera phones we had been used to. But today, every new smartphone is a vitamin: Just a little bit better than the last version. Vitamins represent small steps forward. Painkillers are giant leaps.

But let’s say we’ve done that. We’ve noticed a major pain point that others seem to have missed. The next question is: Do we have the disruptive technology to do something about it? And is that technology unique enough that it allows us to seize the advantage over others in the market?

I remember trying to build a virtual-reality helmet and gloves as part of a class project at the University of Michigan in the late 1980s. In an era of fuzzy VHS tapes and cathode ray TVs, everyone wanted a fully immersive experience. The problem was that we didn’t have the technology to make VR good enough. Today, that’s changing, which is why companies like Oculus and Google, using the latest displays, chips and software, believe they can finally bring high-quality VR to the masses.

Then there’s the other side of the equation: What if people just aren’t ready? Technology grows exponentially, faster and faster all the time. And yet, too often, our social appetite for change is more linear, advancing slowly. What if they don’t match up?

My first job in Silicon Valley was at a company called General Magic, working with the team that built the original Macintosh to develop one of the earliest hand-held computers. Many of the features we came up with—like mobile email, online shopping and downloadable apps—would reappear in the iPhone 20 years later. But consumers didn’t know what to do with them at the time. It was hard to sell apps to people who had never had a cell phone and just wanted a digital address book (which, incidentally, is why Palm was so successful). Again, we hit a wall.

But once in a rare while, the stars align. Disruptive technology improves at the same time consumers are ready for it—and a company is able to build a product that appeals to the masses.

I remember pitching Steve Jobs on the iPod for the first time. It was clear that nobody loved dragging a binder full of CDs around, and Apple had a proprietary hard drive that made it possible to carry 1,000 songs in your pocket. The conditions were right. And so far, other companies were focusing their products solely on the geeks.

That’s how Apple succeeded. We didn’t just make a great mp3 player. We made a beautiful one. We made the experience of buying songs fun and easy. We helped people remember the pain they were leaving behind—marketing the iPod in a way that made it look like a sexy solution. We thought about the consumer experience from start to finish—and we did it in a way that no other company could easily duplicate.

There’s a reason so many ordinary, annoying things stay the same for so many years. Noticing them is hard. Introducing new technology at the right time is even harder. Building a unique product that lots of people want to buy is hardest of all. But if everything comes together, magic can happen—and the world can change in ways we never could have imagined. 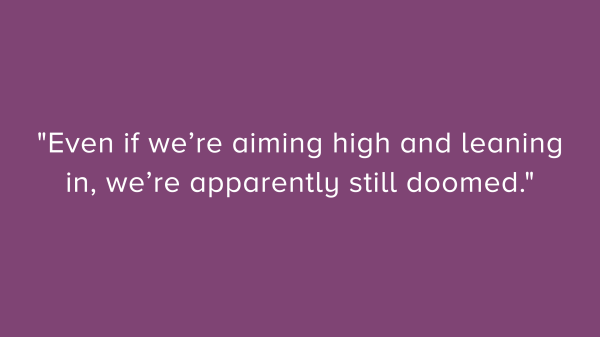 ‘Let’s All Make a Conscious Choice to Rise Above Gender Bias’
Next Up: Editor's Pick