Hundreds of Russlanddeutsche, or ethnic Germans who had formerly lived in Russia, demonstrate with signs reading "we want more security" and against violence in Villingen-Schwenningen, Germany, Jan. 24, 2016. The demonstration took place in connection with the alleged rape of a 13-year-old girl by a refugee, which the police say did not happen.
Marc Eich—DPA/Corbis
By Melissa Chan

A 13-year-old girl has confessed to concocting claims that she was kidnapped and raped by migrants after her allegations triggered outrage and a diplomatic dispute between Germany and Russia.

The Russian-German girl, who was only named as Lisa, admitted to lying about the alleged rape and abduction, prosecutors said Sunday, according to the Guardian. She was reported missing on Jan. 11 after she failed to show up at school and emerged 30 hours later with injuries on her face, claiming she was attacked in Berlin by men of Middle Eastern or north African appearance, the newspaper said.

The girl’s allegations came after reports of mass sexual assaults allegedly carried out by migrants in Cologne. Her claims prompted Russian Foreign Minister Sergei Lavrov to publicly accused German authorities of a “cover-up,” the Telegraph reports. 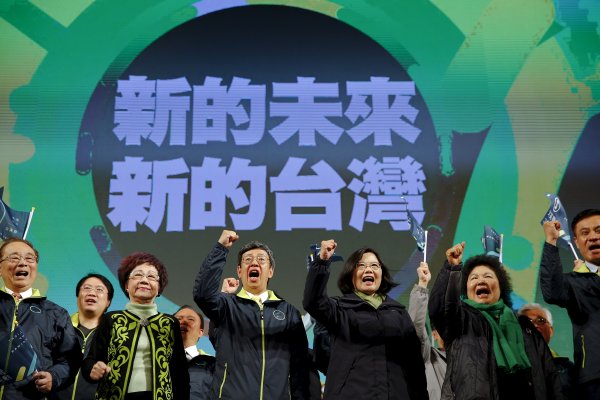 Taiwan's DPP Takes Control of Parliament
Next Up: Editor's Pick