Donald Trump made a pitch to voters in Iowa a day before the state’s caucuses that he would put more states in play in the general election if nominated.

Trump told the crowd he could win Pennsylvania, Virginia, Michigan, Ohio and Florida in the general election if he wins the Republican nomination. “I think we can win states that aren’t even thought of in the normal realm,” he said.

He also said he could bring Republican victories in purple and blue states — including his home state, which last went red in 1984. “I think we have a chance to win New York, they like me in New York,” he said, adding that it would be “impossible” for any other GOP candidate to win there.

Trump’s appearance at a Council Bluffs middle school with Jerry Falwell Jr. clocked in at just over 30 minutes, about half the time he usually speaks. But his wife Melania made a rare appearance onstage, along with his daughter Ivanka.

“It’s great to be here,” Melania said, who has largely kept quiet to the media during her husband’s run. “He will be unbelievable. The best dealmaker, the best master negotiator.”

Then eight-months pregnant Ivanka spoke, talking about supporting her father and imploring the audience to caucus for him tomorrow. “Politically, wouldn’t it be great if she had her baby in Iowa?” Trump joked. “Then we’d definitely win.”

Falwell Jr., the evangelical leader and president of Liberty University who endorsed Trump, then asked Trump about potential running-mates. “Ivanka!” someone yelled out.

In the final Des Moines Register/Bloomberg poll before the caucus, Trump leads the Republican pack with 28% support. Before the Council Bluffs event, volunteers were passing out voter registration cards to attendees to encourage them to register Republican and caucus for Trump. 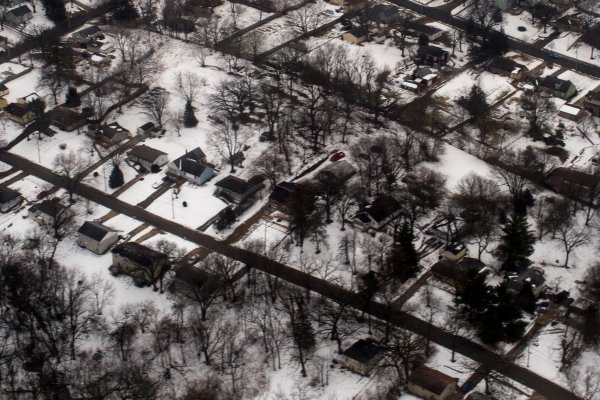 What to Know About the Iowa Caucuses
Next Up: Editor's Pick