Po the Panda is back at the top of the box office.

Fox’s Kung Fu Panda 3 debuted to an estimated $41 million, earning the best opening weekend of 2016 (so far). With a star-studded voice cast, including Dustin Hoffman, Angelina Jolie, and Bryan Cranston, the third installment in the adventures of Jack Black’s titular panda may have failed to surpass the first two movies — Kung Fu Panda opened to $60.2 million in 2008, and Kung Fu Panda 2 earned $47.7 million in 2011 — but it still earned the third best January opening of all time, just behind the first Ride Along ($41.5 million) and American Sniper ($89.3 million). Kung Fu Panda 3earned an A CinemaScore and opened in 3,955 locations.

But while Kung Fu Panda 3 soared, this weekend’s other new releases fell a little flat. Disney’s The Finest Hours faced rough waters, debuting to only $10.3 million in 3,143 locations. Starring Chris Pine, Casey Affleck, and Eric Bana, the inspirational drama did earn an A- CinemaScore, but it only managed to secure fourth place.

Fifty Shades of Black, on the other hand, barely managed to scrape ninth place. Marlon Wayans’ spoof of E.L. James’ Fifty Shades of Grey opened to $6.2 million in 2,982 locations, earning a C CinemaScore.

And the troubled Jane Got a Gun only opened to $803,000 in 1,210 locations, for an average of $664 per theater. The Natalie Portman-starring western has faced a long road to get to theaters, weathering a director departure, cast changes, and its previous distributor, Relativity Media, going bankrupt.

While the non-animated new releases flopped, three holdovers instead populated the rest of the top five. Last week’s champion, The Revenant, fared the best with an estimated $12.4 million. As expected, several of the movies faced a minimal drop after winter storm Jonas affected box office receipts last weekend, and The Revenant fell only 23 percent this time. After six weeks in limited and wide release, the Leonardo DiCaprio-starring survival drama has raked in an estimated $138.2 million.

Star Wars: The Force Awakens also fell 23 percent, earning $10.8 million in its seventh weekend. To date, the latest entry in the Star Wars saga has racked up more than $895.4 million domestically and $1.98 billion worldwide. It should cross the $2 billion global mark some time in the next week or so, becoming only the third movie in history to do so. Avatar ($2.79 billion) and Titanic ($2.19 billion) still stand as the highest-grossing movies of all time.

Ride Along 2 rounded out the top five, earning $8.3 million in its third weekend. Since opening over Martin Luther King weekend, the Ice Cube and Kevin Hart-starring sequel has earned a domestic total of $70.8 million. 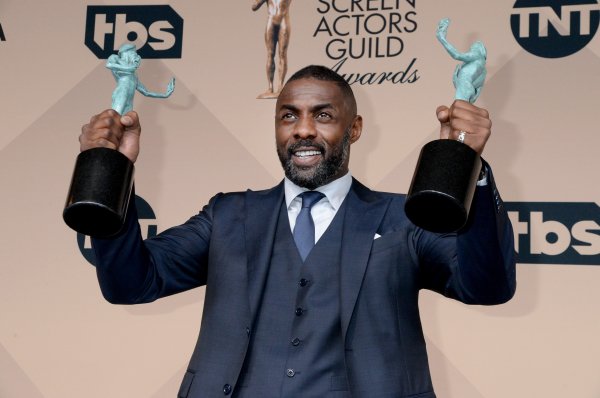 Here are All the Winners of the SAG Awards
Next Up: Editor's Pick