Gina Rodriguez is helping send one lucky fan to her high school prom in style.

Earlier this week, the Jane the Virgin star got a tweet from a teen who said she’d love to wear the actress’ Golden Globes gown to prom — and not only did Rodriguez reply, but said she’d try to make it happen.

Rodriguez responded to Jessica Casanova saying that while she doesn’t own the navy Zac Posen dress she wore to this year’s Globes, she does have the black Badgley Mischka one she wore to the 2015 ceremony, where she won best actress in a comedy series.

“Where do you live? I only own my first Globes dress the one from last year…maybe we can make this happen,” she tweeted.

In another tweet, the actress added, “Let’s talk about it. I’m reaching out.”

Another fan chimed in and suggested Rodriguez could lend the dress to other fans, too. “Can we start a “Sisterhood of the Traveling Gina Golden Globes Dress?” the user tweeted. Rodriguez replied, “I just melted. I swear I was just talking about this in the makeup/hair trailer on set.” 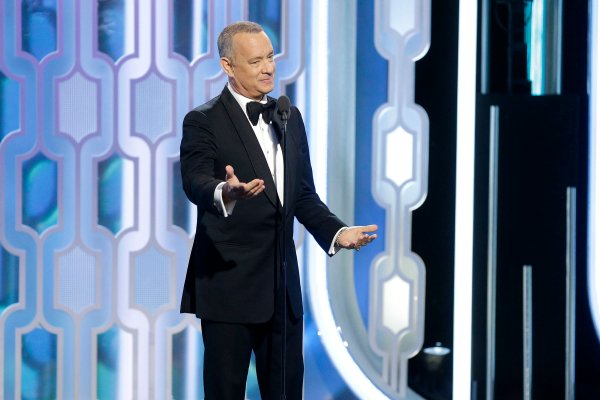 America's 5 Favorite Movie Stars Are All Men, Poll Finds
Next Up: Editor's Pick