Citing the Swedish newspaper Aftonbladet, the BBC reported that the slogan written on the leaflets read, “It’s enough now!” The fliers also threatened to give “the North African street children who are roaming around” the “punishment they deserve.”

Witnesses said the group attacked people who appeared to be foreigners, according to the BBC, but police have not confirmed those reports.

The event comes after a young employee at a center for asylum-seekers was stabbed to death earlier this week. A teen asylum-seeker was arrested for the stabbing.

More than a million refugees travelled to Europe last year, fleeing conditions in parts of the Middle East and North Africa. Among European countries, Sweden has accepted the most refugees per capita. 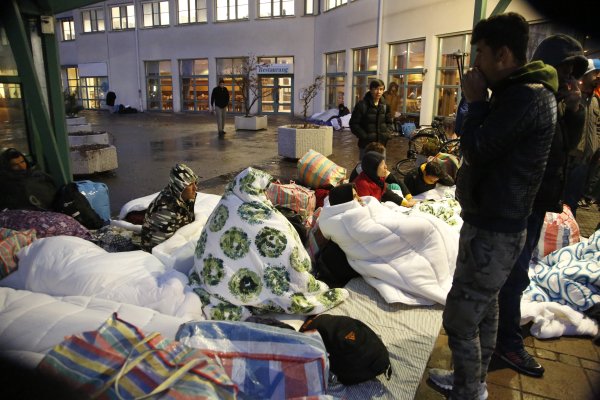 Sweden to Deport Up To 80,000 Rejected Asylum-Seekers
Next Up: Editor's Pick