Grab a plaid shirt and brew some (actually, lots of) coffee — Scott Patterson is ready to open Luke’s Diner once again.

Netflix officially confirmed Friday that it is reviving Gilmore Girls, with much of the original cast set to return — Lauren Graham, Alexis Bledel, Kelly Bishop, Patterson, and Keiko Agena among them. The new project will be written and directed by Gilmore Girls creator and executive producer Amy Sherman-Palladino and co-EP Daniel Palladino.

After sharing the news with fans on Twitter, Patterson elaborated in a statement, saying he’s excited to return to Star’s Hollow and even more excited that fans will get to as well.

“I am thrilled Warner Bros and Netflix have gathered us all once more for a return to Stars Hollow. We have an unbelievably talented cast, and with Amy Sherman-Palladino and Dan Palladino’s rich writing and character development, the story continues its timeless arc,” he said. “I’m excited to see where the characters are now, and find out where and how they develop. I am happy to be back working with my friends and cast-mates, but even more thrilled for the fans. All of this is because of them, and without our fans, none of this would have been possible. Luke’s Diner is now open for business!”

Gilmore Girls ran for seven seasons during its original run on The WB and later The CW, from 2000 to 2007. Netflix has not yet set a title for the revival. 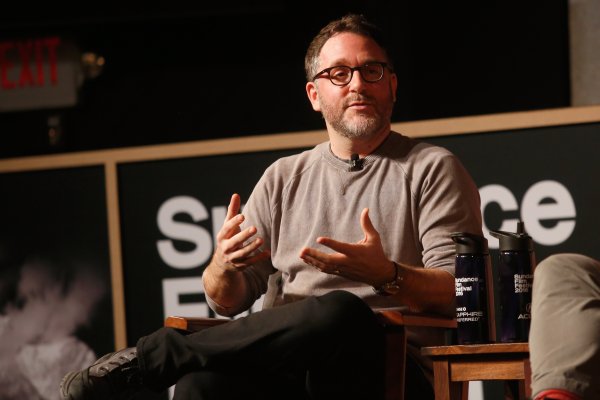