A general view shows a scale model of Hogwarts School of Witchcraft and Wizardry during a preview of the Warner Bros Harry Potter studio tour "The Making of Harry Potter" in north London on March 26, 2012.
Carl Court—AFP/Getty Images
By Nick Romano / Entertainment Weekly

J.K. Rowling revealed the existance of an American school of witchcraft and wizardry in the world of Harry Potter, but that’s just the tip of the iceberg. The author and screenwriter of Fantastic Beasts and Where to Find Them says there are 11 “prestigious” magic schools, including Hogwarts, and she’s named a few.

According to a series of posts on Pottermore, Rowling stated that “the wizarding populations of most countries choose the option of home schooling. Occasionally, too, the magical community in a given country is tiny or far-flung and correspondence courses have been found a more cost-effective means of educating the young.”

Therefore, there are merely the 11 schools registered with the International Confederation of Wizards, though there are more smaller institutions. One, of course, is Hogwarts, Harry’s home away from home, but what about the other magic folk around the world? For more information on each, click on the links below, but here are the ones revealed so far.

Mahoutokoro: located in Japan on the topmost point of the volcanic island of Minami Iwo Jima, this palace is made of mutton-fat jade. Students are accepted at the age of 7, though at this time they are considered day students and are ferried between school and home on the backs of giant storm petrels. They board by 11, at which time they receive enchanted robes that grow as the students do and change color based on their learning progression. The school is also known for their Quidditch.

Uagadou: The largest wizarding school in the world is located in Africa at an unspecified location called “Mountains of the Moon,” the structure of which is described as being carved out of the side of a mountain and shrouded in mist. Students are adept at astronomy, alchemy, self-transfiguration, and casting spells by pointing their fingers and various hand gestures, since Rowling states the wand is a European invention. In lieu of letters by owl, accepted students receive Dream Messengers in their sleep from the current headmaster/mistress.

Castelobruxo: The golden temple-like school is located in the Brazilian rainforest and looks, to the untrained Muggle eye, as ruins. Small and mischievous spirit beings known as Caiporo protect the grounds and the residing students, who wear green robes and are skilled in herbology and magizoology.

Beauxbatons Academy of Magic: You know this institution from Harry Potter and the Goblet of Fire as one of the three schools competing in the Triwizard Tournament. The school is “thought to be located in the Pyrenees” mountain range in Europe, and the grounds consist of a chateau with surrounding gardens and lawns.

Durmstrang Institute: Durmstrang is the other foreign school that came to Hogwarts for the Triwizard Tournament in Goblet of Fire. Nobody is 100 percent certain of its location as it’s the most secretive of the 11 institutions, though it’s believed to reside far north in Europe. Durmstrang’s reputation is tainted by some nefarious wizards who headed the school throughout history.

Ilvermorny: A detailed account of this school isn’t available at this time, but based on the map revealed on Pottermore it’s the American school of witchcraft and wizardry located on the East Coast. Rowling previously revealed that, though it’s not in New York, “indigenous magic was important in the founding of the school. If I say which tribes, location is revealed.” 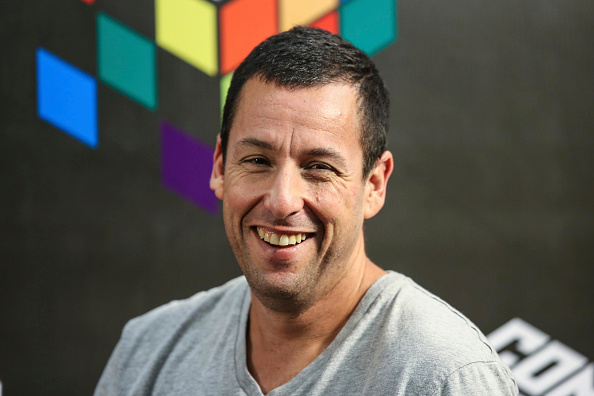 Here's How Almost Every Adam Sandler Movie Is Connected
Next Up: Editor's Pick