The US has spoken: Tom Hanks is its favorite movie star, according to a new Harris Poll.

It’s hard to argue. Over Hanks’ 36-year career, he’s evolved from being the star of light-hearted, feel-good movies like “Splash” and “The Money Pit” to Oscar-winning dramatic roles in “Philadelphia” and “Forrest Gump.” Regardless of the role, he’s played the characters with a quality of genuine likability and trustworthiness.

Business Insider: The 10 highest-grossing movies of all time — there’s one movie that beats ‘Star Wars’

And he’s only gotten better with age, whether he’s introducing himself to newer generations as Woody in the “Toy Story” franchise or taking on roles of heroes, like James Donovan in “Bridge of Spies” and his upcoming movie “Sully” where he plays pilot Chesley “Sully” Sullenberger, who did an emergency landing of a US Airways flight in the Hudson River in 2009.

The poll listed the results of its survey of 2,252 US adults with Hanks on top, followed by four other men — Johnny Depp in second, Denzel Washington in third (he was the country’s favorite actor last year), John Wayne in fourth, and “Star Wars: The Force Awakens” star Harrison Ford in fifth.

The first woman on the list was Sandra Bullock, in sixth place. She was followed by Jennifer Lawrence in seventh place.

Business Insider: The 9 biggest breakout stars in movies from 2015

Hanks is third all-time in box office gross with a $4.3 billion lifetime gross. Ford claimed the top spot over Samuel L. Jackson at the end of 2015 with a total lifetime gross of $4.8 billion, thanks to the massive success of “The Force Awakens.” 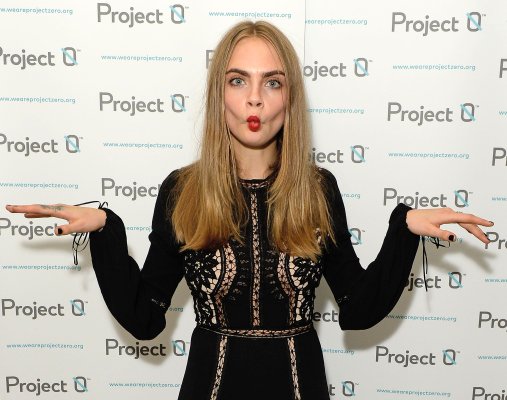 Watch Ben Stiller and Cara Delevingne Have a Zoolander Walk-off in Front of the Eiffel Tower
Next Up: Editor's Pick