Hospitals Are Under Fire in Yemen's War

Resident Coordinator of the United Nations in Yemen, Jamie McGoldrick, inspects damage at a hospital in Yemen's southwestern city of Taiz on Jan. 21, 2016.
Anees Mahyoub—Reuters
Ideas
By Jason Cone
Jason Cone is executive director of Doctors Without Borders—USA.

As Yemen’s bloody conflict continues, medical facilities and personnel are repeatedly coming under fire, which drastically reduces the country’s access to desperately needed emergency medical care. As the wreckage of hospitals and clinics indicate, the war launched by a Saudi-led coalition against Houthi militants is being fought with utter disregard for international humanitarian law—with the silent consent of the U.S., the U.K., France, and other members of the U.N. Security Council.

Doctors Without Borders/Médecins Sans Frontières (MSF), of which I’m the executive director in the U.S., has treated more than 20,000 people in Yemen since this war began last March. Over the past three months, three MSF-supported health facilities in Yemen have come under attack, and an ambulance driver working alongside MSF was killed by an airstrike in Saada province as he attempted to reach people wounded in an earlier strike on Jan.21. All of these incidents were clear violations of the laws of war and the protections those laws afford medical spaces and personnel.

On Jan. 10, a projectile hit Shiara Hospital in northern Yemen, killing at least six and injuring seven. MSF had been helping rebuild the facility—coalition airstrikes had struck it twice before—and providing emergency and maternity care. After this latest attack, though, some patients didn’t come back because they were certain the hospital would be hit again. Some pregnant women decided it would be safer to give birth in nearby caves.

A month earlier, on Dec. 2, 2015, three airstrikes targeted a park in Taiz’s Al Houban District in southern Yemen. MSF staff from a clinic in the area evacuated the wounded and informed coalition officials that airplanes were still attacking. Soon after, MSF’s clinic was hit. Nine people were wounded, including two MSF staff members.

And on Oct. 26, coalition fighter jets repeatedly bombed a Ministry of Health hospital in Haydan District, in the north, where MSF teams were treating war-wounded patients, pregnant women and children. After the first strike, the staff evacuated just ahead of subsequent bombing runs that succeeded in destroying the only emergency care facility for roughly 200,000 people in the area.

MSF maintains constant dialogue with both the Saudi-led coalition and the Houthi-led militias, providing GPS coordinates of medical projects and calling on them to fulfill their obligations to preserve access to medical services. But between March and November of last year, bombs were dropped on or near medical facilities nearly 100 times, according to the International Committee of the Red Cross. The three MSF-supported medical structures hit were known and clearly marked.

Such is the nature of this war.

The Saudi-led coalition is waging a military campaign that treats civilians and civilian structures as legitimate military targets; in May, for example, it declared that the entire Sadaa governorate was a military zone. Coalition fighter jets and artillery have repeatedly hit homes, roads, bridges, schools, gas stations, markets, medical sites, ambulances, supply trucks and displacement camps, killing upwards of 2,800 civilians, according to the United Nations, and wounding many more.

Houthi forces have also repeatedly shelled civilian areas and medical facilities, and they have blocked shipments of medical supplies as well. For the past five months, Houthi fighters have besieged an enclave of Taiz, forcing nearly 100,000 people to endure recurrent barrages of mortar fire and sniper attacks while running desperately short of food and water. The few city hospitals that remain open barely function due to shortages of supplies and fuel.

U.N. Secretary General Ban Ki-Moon was referring to Yemen in part when he said last year that “violations (of international humanitarian law) have become so routine that there is a risk people will think that the deliberate bombing of civilians, the targeting of humanitarian and healthcare workers, and attacks on schools, hospitals, and places of worship are an inevitable result of conflict.”

But the U.N. Security Council, through Resolution 2216—authored by Jordan, co-sponsored by the U.S., the U.K., and France, and passed last April—provided diplomatic cover for what we’re seeing today.

The resolution made pro-forma calls to end violence in Yemen and imposed an arms embargo and travel restrictions on the Houthis, but it made no mention of the Saudi-led coalition’s aerial attacks and demanded nothing of the coalition in general. In effect, it provided a license to bomb at will and enforce a widespread blockade of goods entering the country. This set an “anything goes” tone that all sides have embraced.

The warring parties pay little heed to the Geneva Conventions, and their backers say nothing. The U.S., the U.K. and France actively support and supply weapons to the Saudi military. Just last week, the UK’s Foreign Secretary Philip Hammond said he’d seen “no evidence of deliberate breach of international humanitarian law,” in Yemen, ignoring the fact that even if medical facilities are not targeted intentionally, failure to distinguish between military and civilian targets is itself a grave violation of international humanitarian law.

And the attacks have continued. That is why MSF has now called for the mobilization of the International Humanitarian Fact Finding Commission, a body born of the Geneva Conventions to independently assess violations of humanitarian law, to investigate the Jan. 10 attack on Shiara hospital.

That should be just the start. The warring parties and their international backers must honor international humanitarian law and be held accountable for violations. And the wounded and sick must be permitted access to health care.

MSF’s effort to treat the sick and wounded in Yemen will continue. And Yemeni medical personnel are doing their best under the circumstances. But if more medical facilities are destroyed, there may not be anyone left to provide the care that Yemenis will doubtlessly need in the days ahead. 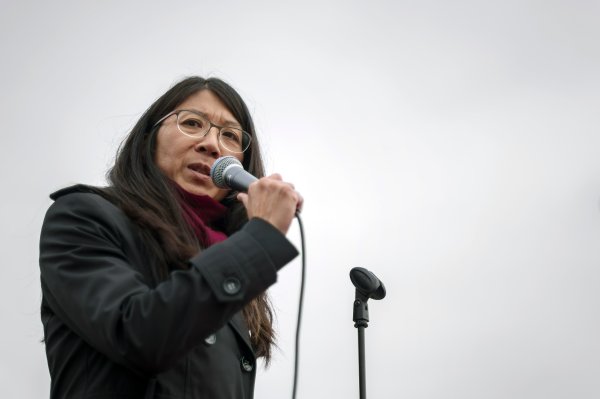 Doctors Without Borders Asks for Investigation Into Yemen Hospital Attack
Next Up: Editor's Pick