Every Single-Occupancy Restroom in California Could Be Labeled 'All Gender'

Companies in the bathroom signage business may be poised for a boom.

On Friday, a California lawmaker from the San Francisco area announced the introduction of a bill that would require every single-occupancy restroom in the state to be labeled as an “all gender” facility. Several cities, including Philadelphia, Washington, D.C., and San Francisco, have proposed or passed similar resolutions in recent years. But Assemblymember Phil Ting’s office says his measure would be the most progressive and expansive statewide law in the nation.

“Restrooms are a necessity of life. Access to them influences our ability to participate in public life,” Ting said in a statement. “Signs restricting single-use restroom access by gender create problems of convenience, fairness, and safety. They defy common sense, which is why many of us ignore them. ‘All gender’ signs will end these problems and ensure everyone’s rights are protected.”

Proponents of such measures say that while accommodating transgender people is part of the impetus, there are several benefits to removing signs that restrict such bathroom use to solely “men” or “women.” Among the cases commonly cited: parents with opposite-sex children who aren’t sure which bathroom to use; individuals with opposite-sex caregivers; and any woman who has had to wait in line for the ladies’ room while the mens’ sits vacant.

The bill has the support of several lawmakers from the San Francisco area, as well as the chair of the state’s LGBT caucus. While states such as Vermont and New York are considering bills that would require gender-neutral signage on state-owned and operated buildings, California’s measure would apply to essentially any single-occupancy restroom available to the public. Ting’s office did not have an estimate of how many bathrooms in the state would require relabeling if the bill passes. The earliest it could go into effect would be the beginning January 2017.

The measure comes at a time when bathroom use is being debated in state legislatures and courts around the nation. Many recent conflicts have arisen when a transgender student desires to use the bathroom that aligns with their gender identity, raising objections among some that doing so would violate the privacy of cisgender students or put them in danger. Several states—including Missouri, Indiana, South Dakota and Wisconsin—are considering bills that would limit transgender students usage of facilities at public schools. The Equality Federation, an LGBT rights group, says it is currently tracking 27 bathroom-related bills in more than 10 states, describing many of them as “anti-transgender.”

On Wednesday, the U.S. Court of Appeals for the 4th Circuit heard oral arguments in the case of Gavin Grimm, a high school junior in Virginia who identifies as transgender. School administrators allowed Grimm to use the “correct” bathroom for two months, according to lawyers from the American Civil Liberties Union, before his bathroom use became the subject of incendiary school board meetings where he was called a “lady” and once compared to a dog that wants to pee on fire hydrants. Eventually the school board voted to require Grimm to use “alternative facilities,” which the ACLU lawyers characterize as unequal treatment and discrimination. A ruling in the case is expected in the next few months.

California already has in place the most progressive student-related law regarding facility use, which withstood repeated attempts by social conservatives to have it overturned. It affirms the rights of transgender students, from K through 12, to use facilities and play on sports teams that align with their gender identity.

“All Californians should have the same freedom to participate in public life, go about their day, and use the bathroom when they need it,” Kris Hayashi, executive director of Transgender Law Center, said in a statement about the California bill. “By making single-user restrooms accessible to all genders, this law will make life easier for everyone and reduce the harassment regularly experienced by transgender people and others who don’t match people’s stereotypes of what it looks like to be a man or a woman.” 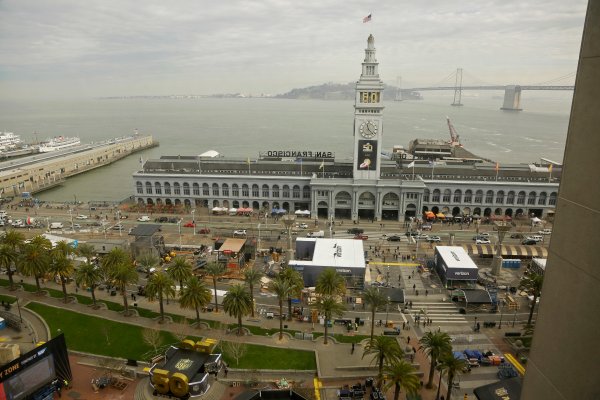