What Spotlight Teaches Us About Institutional Betrayal

Sometimes it seems like everywhere we turn, there are bad things happening to people within organizations that should have a duty to protect their members: sexual assault in the military, rape on college campuses, abuses in the church. The biographical film Spotlight offers an important reminder that to address these injustices we must look beyond individual cases to address the larger issue of institutional betrayal.

The film, which won the Critics’ Choice award for best picture and is nominated for best picture at the Oscars, follows the Boston Globe investigative team as they expose a pattern of Catholic priests abusing children and the church covering it up. What makes the story so noteworthy is that the journalists push beyond the reports of abuse to tackle the problems at the top of the organization.

Why is this so important? When institutions have unsafe environments where trauma is more likely to occur and more difficult to report, it adds a thick layer of additional harm compounding the damage already done. And when institutions react to reports of abuse with disbelief, blame, harassment, refusals to help or insensitive fact-finding practices, it adds additional personal harm to the survivor. For example, in a sample of women who experienced sexual assault, those who also experienced institutional betrayal surrounding their unwanted sexual experience reported increased levels of emotional distress and problems in functioning.

Within institutions or groups, people are often unwilling to come forward to address a problem. Some may remain silent out of fear of negative consequences like losing their jobs or other retaliations. But others may be suffering from what’s known as bystander apathy.

In 1964, a woman named Kitty Genovese was stabbed, sexually assaulted and murdered in New York in front of multiple witnesses. Many people were stupefied: why did no one intervene? Shortly thereafter two social psychologists conducted research to find the answer, staging “emergencies” and measuring whether people came to others’ aid and if so, how long it took. They found that vast majority of people did not help. Why? People often hang back if they think there are others who can do something. And the greater the number of witnesses, the less likely someone will step up.

No institution is perfect and, at times, all of them fail to live up to their values. But when they worsen the outcomes of people who are traumatized within their communities by protecting the reputation of the institution over the individual through action or inaction, that is unacceptable. And when institutional acts of betrayal go unnoticed, unreported, are not completely or justly investigated and acted upon, that’s a problem.

So how do we combat institutional betrayal and create positive change? Psychologist Ken Pope recently propsed three steps to strengthen ethical behavior in organizations: remember that ethical codes are not the answer and have no demonstrable effect on ethical choices: conduct anonymous surveys of all key stakeholders in an organization to open up discussions and ask about needed changes; and teach and encourage people to take action.

As Spotlight showed, after the story broke in the Boston Globe, the investigative team was inundated with phone calls from survivors and supporters. I hope the film reminds us that we must all work to break the habit of bystander apathy when it comes to institutional betrayal. We must refuse to allow our institutions to tolerate abuse, to have a lack of standard or serious sanctions for it when it does occur, or to take retaliatory actions against those who come forward. We cannot let this type of trauma remain unseen. 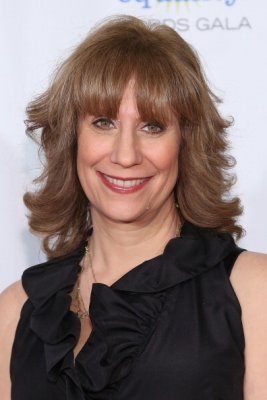 The TRAP Set by Anti-Freedom Anti-Abortionists
Next Up: Editor's Pick