The Woman Who Changed the Game for Black Writers

Dorothy West poses for the photographer at her home in Oak Bluffs, Mass., Aug. 5, 1989.
Stephen Rose—Getty Images
By Joanna Scutts

To say that Dorothy West had a sheltered upbringing for a young African American girl born in 1907 is an understatement. Once, when a copy of the NAACP’s magazine The Crisis dropped through the mailbox, her mother was horrified at the thought of her daughter encountering the magazine’s graphic accounts of racial violence, seemingly so far removed from their genteel middle-class life in Boston. West’s parents had both escaped the rural south and wanted to banish its memory: her father, born into slavery, eventually ran a fruit business so successful he was nicknamed the Black Banana King. But it was not the political content of the magazine that caught the eye of precocious 16-year-old Dorothy.

Instead, what she noticed was an advertisement for a short story competition, run in conjunction with the National Urban League’s magazine Opportunity. West—who had already published several stories in the local Boston Post—and her cousin, the poet Helene Johnson, promptly entered. Dorothy’s story “The Typewriter” came in second, tied with an entry from Zora Neale Hurston, and the girls traveled to New York for the awards dinner, finding themselves suddenly at the vibrant heart of the Harlem Renaissance. When Hurston left New York to conduct ethnographic research in the South, she sublet her apartment to West, who threw herself into Harlem’s social and literary life thought she was still barely out of her teens—Langston Hughes, a lifelong friend, dubbed her “the Kid.”

In 1932, West and Hughes were part of a group of African American writers invited to the Soviet Union to make a film about race in America. Although the project was canceled not long after their arrival, West stayed on for almost a year, a period she remembered as “carefree” until it was abruptly truncated by news of her father’s death. Back in New York, the Renaissance that had been so full of promise and energy during the 1920s was staggering in the deepening bite of the Depression.

Against the economic odds, with an investment of $40, Dorothy West decided that she wanted to try her hand at running her own magazine, having seen the power and influence wielded by prominent editors. So in March 1934, she launched Challenge, a magazine of contemporary black writing, with which she intended to bridge the gap between the old guard of the 1920s “New Negro” movement and the up-and-coming social-realist writers like Richard Wright, who opposed Harlem’s intellectual elitism. But the six issues of Challenge that appeared still gave most of their space to West’s old friends like Hughes, Helene Johnson and Claude McKay. In 1937, West gave up on Challenge and started over with New Challenge, co-edited with Richard Wright, which lasted only one issue but made its mark publishing Wright’s combative and influential essay “Blueprint for Negro Writing,” which urged black artists to reject white artistic standards and draw inspiration instead from their own racial heritage.

West’s family had been one of the first to achieve that classic marker of Bostonian achievement, the home on Martha’s Vineyard. West moved there full-time in 1945, and published her first novel, The Living Is Easy, in 1948, a semi-autobiographical tale that laid bare the nuanced tensions of upper-middle-class black life. She contributed regularly to the local newspaper, but had faded to literary-footnote status until the mid-1990s, when she enjoyed a renaissance of her own—thanks in large part to a vacationing Doubleday editor named Jackie Onassis. The former First Lady urged the elderly writer to finish a long-abandoned novel, The Wedding, which appeared in 1995, soon followed by a collection of West’s short stories and an Oprah Winfrey-produced television adaptation of the novel. As TIME reported that July, West was cheerfully enduring her second go-round as “the much praised new pet of that crow’s chorus, the U.S. literary community.” She lived for three more years, regaling journalists with the stories of her remarkable life and bearing essential “witness to a long-gone world.” 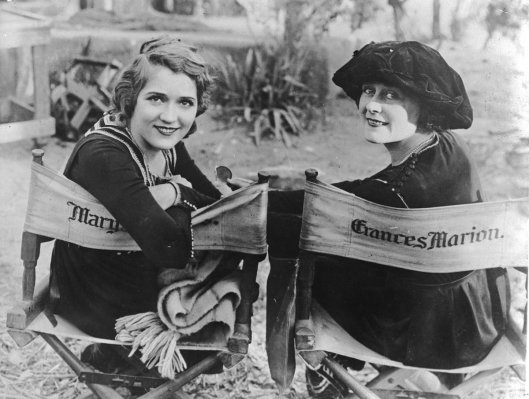 This Forgotten Female Screenwriter Helped Give Hollywood Its Voice
Next Up: Editor's Pick