Why Do We Have the Breastfeeding Wars? Two Words: Maternity Leave.

Keith Ferris—Getty Images
Ideas
By Belinda Luscombe
Luscombe is an editor-at-large at TIME and the author of Marriageology: The Art and Science of Staying Together.

Remember when we discovered that aspirin was good for helping people who have had heart attacks? A big scary expensive health issue could be addressed with a product that you could get at your local gas station. Good news for everybody except companies trying to market expensive blood thinning medication.

Say we discovered an even lower cost health intervention that could save many lives, make people healthier and smarter and was a completely renewable resource. Also people didn’t even have to go as far as the gas station to get it. We would clear a wide path to make sure supply of such a product was readily available to anybody who needed it. And what if the humans who needed it were babies? Any discussion about whether or not we should promote its usage would be ludicrous.

So what’s up with breastfeeding? Why is there drama around breastfeeding that you never see around aspirin? A new report in the respected medical journal The Lancet is unequivocal about the benefits of nursing babies to mothers, kids and the economy. “If breastfeeding did not already exist, someone who invented it today would deserve a dual Nobel Prize in medicine and economics,” writes the World Bank’s vice president for human development, Keith Hansen. According to The Lancet‘s research—and the folks there went pretty deep into the research—universal breast feeding of every child until the age of one would lead to:

When we think of dying babies, we think of developing countries. There’s a belief that this is more of an economic problem than a cultural one. But actually, nursing rates are higher in poorer countries than they are in rich ones, perhaps because they have fewer options. “In low-income countries, most infants are still breastfed at 1 year,” says the report, “compared with less than 20% in many high-income countries and less than 1% in the UK.”

Read More: Breastfeeding Linked to a Lower Risk of Cancer in Kids

Here’s a confession. I sucked at breastfeeding. Made a complete dog’s breakfast of it. Didn’t even make it to three weeks with my first kid. Worst 18 days of my life. There’s a spiteful little panic ball that lodges itself behind your rib cage and will not budge when you can’t feed your baby. That and the pain of 100 needle-jabs that hit me every time the poor little guy tried to latch on pretty much KO’d my chances of breastfeeding for very long. I’ve never been so grateful for anything as I was for formula on day 19.

For my second kid, I took the whole enterprise a little more seriously, went to some classes, went to a support group, used every known therapy and after about 10 weeks—which translates to 700 excruciating nursing sessions, but who’s counting?—my daughter and I got there and managed to keep it up for 13 months. I was even sad to give up.

Breastfeeding may be that rare practice that is both cheap and worthwhile, but it’s not easy, and mothers need some support to do it. Not just the La Leche League, nursing training kind of support that you can get in hospitals—although that never hurts—but a generally widely adopted endorsement and approval of the practice.

Since the fight over maternity leave looks far from settled, mothers will be returning to work while their kids would still benefit from nursing. Even if they’re vastly more competent than I was, they need a few commonsense accommodations to help them deliver the milk, especially if they don’t work in an office: somewhere to pump, scheduled nursing breaks and somewhere refrigerated to store their milk would be a good start. It would be lovely, for example, if toilet cubicles weren’t the only places new moms could find privacy.

But more importantly, a culture change is in order. Breastfeeding occupies a weird space. To some, it’s as mundane and everyday as having a coffee; to others, the whole boob-sucking routine has unavoidable sexual overtones. TIME has run two covers featuring women breastfeeding on them, and they made people crazy.

So let’s come to a middle ground; let’s agree to treat nursing about the same we treat recycling. Both are good for the planet. Both require some adjustments in infrastructure, practices and mindset. Just as breastfeeding makes some people uncomfortable nobody wants to ponder garbage too deeply. This might require a little coaxing, a few legal nudges and some incentives. (The Affordable Care Act’s elimination of co-payments on breast pumps qualifies as a good start. More widespread maternity leave is another.)

Logically, we should be able to get to the place where producing milk for a child is only slightly more remarkable than taking an aspirin. Practically, let’s just see if we can’t make it important enough to be worth accommodating. 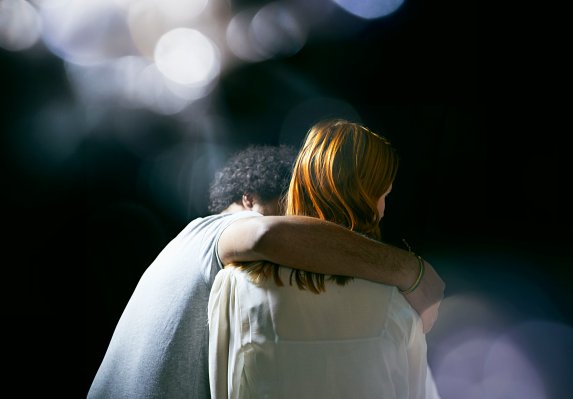 Daughters of Interracial Couples are More Likely To Say They are Multiracial
Next Up: Editor's Pick