Will Smith Is 'Pleased' With Academy Response to Diversity Issue

Will Smith attends a special screening of "Concussion" hosted by Will Smith, Susanna Reid and Brian Moore at The Ham Yard Hotel on January 28, 2016 in London, England.
David M. Benett—WireImage
By Christopher Rosen / Entertainment Weekly

Will Smith is “very pleased” with how “quickly and aggressively” the Academy of Motion Picture Arts & Sciences responded to the outcry over the lack of diversity within its ranks.

But speaking to the BBC on Friday, the Concussion star made clear that the issue goes much deeper than who wins an award.

Smith was one of a number of high-profile celebrities to speak out against the Oscars after this year’s nominations were revealed, joining his wife, Jada Pinkett Smith, in saying he would not attend the awards ceremony. For the second straight year, all 20 men and women nominated in the acting categories are white.

In the wake of the controversy that erupted, the Academy announced rule changes in an effort to help change the make-up of its voting body by adding more women and people of color. “The Academy is going to lead and not wait for the industry to catch up,” Academy President Cheryl Boone Isaacs said last week. “These new measures regarding governance and voting will have an immediate impact and begin the process of significantly changing our membership composition.”

“It’s not us and them. It’s we,” Smith said on Friday. “I’m a member of the Academy. It’s much more a domestic family issue than it is a civil rights issue. It’s a problem we all have to solve.” 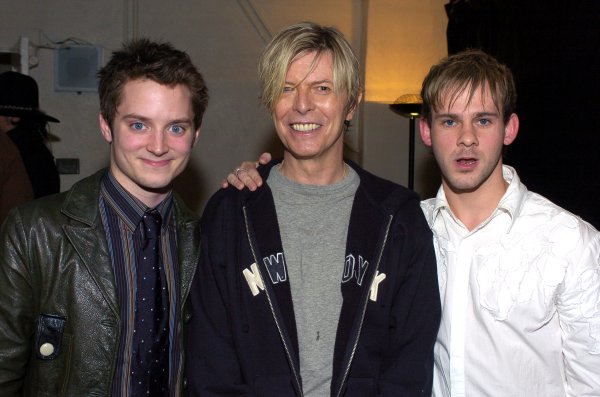 David Bowie Auditioned for Lord Of The Rings, Possibly for Gandalf
Next Up: Editor's Pick