China Charges Canadian Man, Detained for Over a Year, With 'Stealing State Secrets'

A Canadian man held for more than a year has become the latest victim in a string of questionable indictments by China of people it claims are acting against its government, with Chinese authorities saying they had charged him with “espionage” on Thursday.

Kevin Garratt was indicted by prosecutors and now awaits trial in the city of Dandong on China’s border with North Korea, the Chinese state-run news agency Xinhua says.

He has been accused of “spying and stealing China’s state secrets” after Chinese investigators claimed to have found evidence indicating he was “accepting tasks from Canadian espionage agencies to gather intelligence in China.”

Garratt and his wife Julia were arrested in August 2014 in Dandong, where they ran a small coffee shop and conducted church services, according to Canada’s Globe and Mail newspaper.

Although his wife was released on bail six months later, Garratt’s prolonged detention — which has led to a major diplomatic row between Beijing and Ottawa — far exceeds China’s customary timeline for processing suspects.

Beijing’s crackdown on dissent both within and without its borders become increasingly apparent in recent weeks following the sudden disappearance of five Hong Kong–based publishers of anti-Chinese books. The whereabouts of three of them are still unknown, while one, a Chinese-born Swedish national believed to have been abducted while holidaying in Thailand, was paraded on Chinese state television, making what appeared to be a scripted confession. The other, thought to have been snatched by mainland agents from Hong Kong, in violation of the city’s autonomy, continues to claim he is not in detention but merely “assisting” Chinese authorities with their investigation.

The expanding dragnet has also captured foreign nationals working in China. Arrested Swedish activist Peter Dahlin was deported back to his native country earlier this week after also giving a seemingly forced confession of having “hurt the feelings of the Chinese people” on state television. 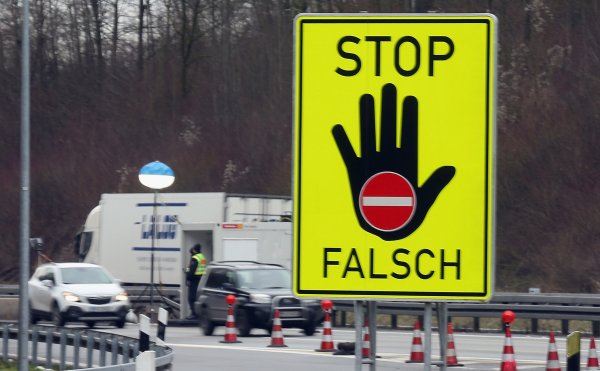 Germany Moves to Cut Migrant Numbers
Next Up: Editor's Pick