Everything You Need to Know About Super Bowl 50

It’s almost time for Super Bowl Sunday, that glorious day of the year in which excessive overeating and screaming at your TV are totally socially acceptable. This game marks a historic one for the NFL, as it will be the 50th time two teams have met to battle it out for the ultimate football championship.

So to make sure you’re prepared for America’s biggest unofficial holiday, here’s what you need to know about the upcoming matchup.

Where: Levi’s Stadium in Santa Clara, Calif. This will be the first time a Super Bowl is played at the field, which is home to the San Francisco 49ers.

Who: Cam Newton and the Carolina Panthers (15-1 regular season) will take on Peyton Manning and the Denver Broncos (12-4). Both teams were the top seeds in their respective conferences going into the playoffs.

TV: Super Bowl 50 will be broadcast on CBS with Jim Nantz and Phil Simms in the booth and Tracy Wolfson on the sidelines. Coverage will begin on CBS at 11 a.m. EST. The game will also be streamed live on CBSSports.com.

Odds: The Panthers are favored by 4.5 points with the over/under set at 45 points.

Halftime Show: Coldplay will perform and be joined by Beyoncé. The two artists recently collaborated on two songs, “Hymn for the Weekend” and “Up&Up,” for Coldplay’s latest album.

Commercials: The cost of a 30-second advertisement is $5 million. 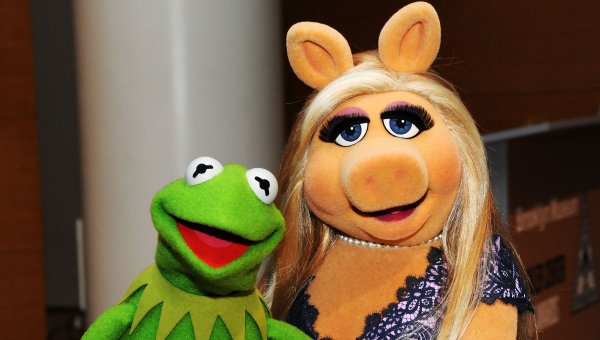 Kermit Tells Miss Piggy 'Wasn't Me' In A Muppets Meet Shaggy Mashup
Next Up: Editor's Pick