Work continues on the construction of Super Bowl City in front of the Ferry Building, on Jan. 28, 2016, in San Francisco.
Eric Risberg/AP
By Katy Steinmetz / San Francisco

Part of San Francisco is transforming into a new city, one covered in corporate banners and framed by giant screens.

The so-called Super Bowl City being erected around the iconic Ferry Building—whose tower is now emblazoned with a giant golden “50”—is the site of an enormous “fan village” that will be packed with eateries and free amusements from Saturday until game day on Feb. 7. In addition to hotels, the village will be a big part of what makes San Francisco an anchor for America’s highest-profile sporting event, which will actually be played almost 50 miles away at Santa Clara’s Levi’s Stadium. Organizers expect some one million people to attend Super Bowl 50 events in San Francisco–significantly more than the entire population of San Francisco County.

This glitzy promotional circus is also part of the reason that local politicians are now fighting over the nearly $5 million of taxpayer funds that the city plans to spend on related costs like a heightened police presence and more robust public transit services. While Santa Clara is getting reimbursed by the National Football League for its estimated $3.6 million in hosting costs (at least in part because of a local ordinance that prohibits certain city funds from being used on stadium-related events), San Francisco is not–a circumstance some local lawmakers are calling a raw deal.

“Let’s acknowledge that what happened is wrong and let’s try to fix it,” says Supervisor Jane Kim, one of the city’s 11 lawmakers. “They say you should be grateful that the Super Bowl is coming to San Francisco. I am grateful, but I just don’t believe taxpayers should be footing the bill for corporate marketing events.”

To make the case for why the city should be compensated by the NFL, Kim cites figures from a city budget analyst’s report of Super Bowl-related expenses that highlight the league’s riches compared to the city’s. Among her points: NFL executives have been paid salaries reaching $44 million and the league’s revenue in past years has been greater than San Francisco’s entire city budget. (The NFL did not respond to a request for comment.)

Along with three other supervisors, Kim has introduced a long-shot resolution urging Mayor Ed Lee to “immediately” broker a deal with the Super Bowl 50 Host Committee that would fully reimburse the city for their estimated $4.9 million in outlays and asking the city controller to provide analyses of costs and projected revenues before the city commits to hosting big events in the future. But critics point out that there’s little chance of recouping anything at this stage, especially when the mayor continues to tout the benefits of hosting Super Bowl 50.

The host committee is a non-profit created to work with local officials and the NFL to promote the Bay Area and produce game-related events. (Its representatives did not respond to a request for comment.) The committee has raised at least $50 million and given more than $10 million to charity, although it has been criticized for a lack of transparency about its fundraising.

There is an established tension between the site where Super Bowl is played and the larger nearby city where much of the tourism and related activities take place. Last year, the mayor of Glendale, Ariz., expressed concerns about the expenses of hosting the game—including more than $2 million in security costs—while many corporate-sponsored events were held in Phoenix. “I’m not anti-Super Bowl or anti-NFL,” Mayor Jerry Weiers told the New York Times. “I just want to make sure my citizens are covered.” The mayor of East Rutherford, N.J., was in a similar situation relative to New York City the previous year. “Even though I knew it was going to be a New York-themed promotion, I thought New Jersey would get more recognition and more respect than it did,” Mayor Jim Cassella told NJ.com.

This year, the dynamic has shifted, with politicians in the larger city saying they’ve been jilted. While the mayor of Santa Clara is expressing happiness at the attention his small, less iconic city is getting—“this is all gravy to us”—San Francisco’s top executive officer has been put on the defensive. At a Board of Supervisors meeting on Tuesday, Lee defended the city’s spending on the Super Bowl. He argued that projects like building the fan village are buoying local workers and that the city stands to earn that taxpayer money back in hotel and sales taxes, as well as less direct means.

“Every city that has hosted the Super Bowl has been eager not only to host it but to have it back,” Lee said. “And yes there are some hassles. Traffic, we’ll experience that. But the positive economic impact that is measured after the game has totaled hundreds of millions of dollars … We will see the same here no doubt.”

Experts like Victor Matheson, an economist who specializes in sports at College of the Holy Cross in Worcester, Mass., are more skeptical. He has analyzed the economic impact of decades of events ranging from the Olympics to Major League Baseball all-star games. The NFL, he says, will typically tell a host city that it stands to have about $500 million in economic impact from a game, after making estimates about how many visitors will come, how long they are likely to stay and how much they’ll spend. But Matheson says revenues are actually much lower after such estimates are compared with what really happens when the big game comes to town.

“The NFL does a good job at adding and multiplying,” Matheson says, “but it doesn’t do a very good job of subtracting.”

He notes effects like “crowding out,” the tendency of visitors who come for the Super Bowl to displace—rather than add to—other tourists who would have been there in the absence of that hoopla. Even without the appeal of the Super Bowl, the city has been breaking records for the number of visitors that have come here and the amount they have been spending. “If hotels are usually 90% full and now they’re 100% full, the NFL would count that as 100% economic impact and an economist would count that as 10%,” says Matheson. Recent estimates have shown average hotel occupancy rates near 85%.

There is also a “substitution effect,” the tendency of people to spend money on Super Bowl-related events (“putting money in the NFL’s pocket”) rather than the other places that they would have spent it in the local economy. The likes of Liftopia, a discount site for lift tickets, are trying to entice San Franciscans to skip game day and come to Lake Tahoe where there are sure to be “fewer crowds, short lift lines, open runs.” Walking around the Ferry Building as the fan village was erected, there were no shortage of overwhelmed commuters discussing how they might work from home once the crowds descend.

There are also “leakages,” when money spent in the local economy is not actually re-spent there, a multiplier effect that NFL estimates rely on. If a chain like Marriott is charging a premium for their rooms, Matheson says, that extra money typically leaves town and goes into the parent company’s pockets, not the pockets of bellhops or clerks who would spend it at the diner down the street.

When all the factors are added up, Matheson says cities that host the Super Bowl see something more like $30 to $100 million in economic impact, including smaller-than-estimated direct revenues from taxes. All of which he says means “it’s a much closer call about whether San Francisco ends up in the black on this.”

‘It’s what host cities do’

Supervisor Mark Farrell thinks that the demands to seek reimbursement from the NFL are hogwash. And he says that revenues are, on some level, beside the point. Farrell believes that this is business-as-usual for a city that foots similar bills for celebrations like Fleet Week or parades when the Giants win the World Series. He also believes that the negatives that always come with such events—the cost, the gridlock, the lines, dirty streets, road closures—are a small price to pay for doing something fun that residents and visitors can enjoy for free. In this case, he asserts, the event will also further San Francisco’s reputation as an international tourism destination.

“We’re not hosting the Super Bowl in San Francisco to make money as the primary purpose,” says Farrell, who used a parliamentary procedure at the board meeting on Tuesday that delayed public discussion of Kim’s resolution. “We’re doing this to host an incredibly exciting event that is the most watched sporting event every single year and have a week long celebration of events for our residents. … It’s what host cities do.” 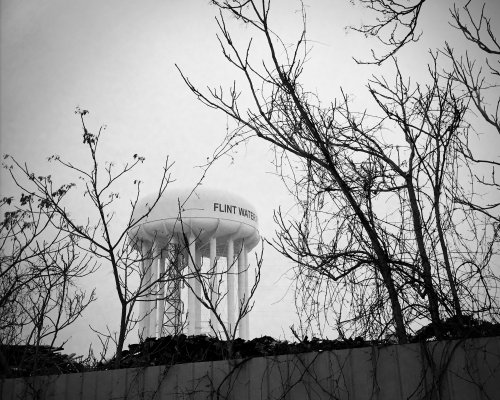 How Flint Residents Are Fighting the Water Crisis in Court
Next Up: Editor's Pick