Donald Trump's 'Spat' With Megyn Kelly Is Sexism, and It's Abusive

As Donald Trump boycotts Thursday night’s Fox News Republican debate, news sites are awash with speculation about his reasons for pulling out. Headlines have referred to “the Donald Trump – Megyn Kelly feud,” TV shows are debating “why Donald Trump and Megyn Kelly are currently quibbling,” and the situation has been described as a “spat” and a “drama.”

These characterizations suggest a two-sided war of words, with escalation and attacks from both parties. The reality couldn’t be more different.

Trump’s animosity towards Kelly first arose when she challenged him over his misogynistic comments about women at the first Republican primary debate in August, saying: “You’ve called women you don’t like fat pigs, dogs, slobs and disgusting animals,” and asking: “Does that sound to you like the temperament of a man we should elect as president?” It was a tough question, but one well within the realm of relevance, especially, as Kelly pointed out, in the context of Hillary Clinton’s candidacy.

Since then, Trump has repeatedly, childishly and abusively taunted Kelly, making high-profile public comments about her professionalism and performance, retweeting sexist and critical tweets about her and repeatedly reviving the issue. Asked about Kelly on CNN after the August debate, Trump said: “you could see there was blood coming out of her eyes, blood coming out of her wherever,” a comment he later denied was a reference to menstruation.

He has also repeatedly cast aspersions about Kelly’s journalistic prowess, calling her a “lightweight” and saying: “I just don’t respect her as a journalist, I have no respect for her, I don’t think she’s very good, I think she’s highly overrated.”

Later in August, Trump launched a fusillade of critical tweets at Kelly during her TV show The Kelly File, including a quote from another Twitter user that read: “The bimbo back in town. I hope not for long.” On another occasion, Trump tweeted: “I refuse to call Megyn Kelly a bimbo, because that would not be politically correct. Instead I will only call her a lightweight reporter!”

Early Thursday morning, Trump followed up with a new line of attack, retweeting a pair of images from a photoshoot Kelly did for GQ magazine and the message: “And this is the bimbo that’s asking presidential questions?” The images were captioned: “Criticizes Trump for objectifying women. Poses like this in GQ magazine.”

In a statement rightly supporting Kelly, Fox News claimed that Trump’s campaign manager Corey Lewandowski threatened Kelly in a telephone call with a FOX News executive. It read: “Lewandowski stated that Megyn had a ‘rough couple of days after that last debate’ and he ‘would hate to have her go through that again.’”

Trump’s behavior isn’t doing him any favors with female voters either. Countless women are using the #EverydaySexism hashtag, the name of my forthcoming book, to call out his misogyny, describing his attacks on women as “low,” “gross” and “ignorant.” One asked: “Can we just all agree that anything Trump says is automatically @EverydaySexism?”

Another wrote: “Megyn Kelly posed for GQ in 2010. Conservatives slut shaming the hell out of her because Trump. #everydaysexism”

Kelly, meanwhile, has maintained a dignified and professional composure. She has refused to apologize, saying “I shall continue doing my job without fear or favor,” and has rarely responded to his aggressive tweets.

This is not a spat, a drama, a feud or a quibble. This is the relentless misogynistic abuse of a high-profile woman doing her job.

The problem with a woman being attacked in such a way on a national stage is that it tends to have a ripple effect, causing her also to experience a range of other sexist repercussions. For example, while commenting on the issue, Doug Gross, an Iowa Republican strategist unaffiliated with any particular campaign said: “It’s the only Republican debate in our state and he’s not even going to show up because he’s afraid of a woman reporter? What kind of a wimp is this?” Trump’s chief rival, Texas senator Ted Cruz seemed to jump on the same bandwagon, albeit more subtly, offering to debate Trump one-on-one—“If Donald is afraid of Megyn Kelly.” The mocking of Trump for being “afraid” of Kelly undermines her professional status by suggesting that a female reporter is a less formidable interviewer than her male peers.

Other criticisms of Trump similarly dealt Kelly backhanded sexist implications, like The View commentator Joy Behar’s suggestion that: “This is the first gorgeous blonde that he can’t wrap around his finger.”

Meanwhile, Trump’s sexist attitude towards Kelly has also had a more predictable knock-on effect in spurring many of his more than 5.8 million Twitter followers to bombard her with misogynistic abuse, a phenomenon for which he should take at least some responsibility given his own repeated attacks on her using the platform. It has been reported that in the time since Trump announced his withdrawal from the debate, his supporters have tweeted the word “bitch” at her 432 times, the word “bimbo” 404, “whore” 88 times and “c—nt” 34. This is not the standard response that male journalists have to contend with simply for doing their job.

This is just the most recent high-profile example of the deeply misogynistic abuse, double standards and sexist attacks that women in the public eye experience on a daily basis. To correlate Kelly’s question about Trump’s misogynistic comments with a completely unrelated photo shoot is to try and suggest that a woman who dares to be photographed or care about her appearance automatically forfeits the right to challenge sexism. To ridicule Trump for refusing to enter into a debate with Kelly as moderator is to suggest that female journalists in general, and Kelly in particular, are lightweight pushovers—playing into Trump’s own sexist rhetoric. To bombard Kelly with misogynistic online abuse is to admit that there are no logical arguments with which to challenge her, as she has acted entirely professionally throughout.

But perhaps worst of all, to characterize this ugly display of misogyny as a “feud” or a “spat” is to hide the real truth. This is sexism. Nasty, cowardly, unprofessional sexism. It deserves to be seen for exactly what it is. 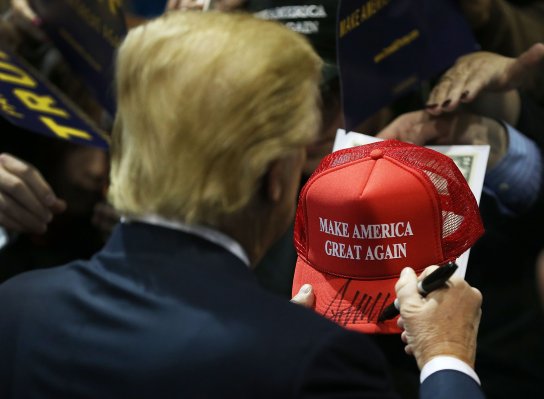