The growth of a global middle class is one of the great successes of globalization. But rising quality of life begets rising expectations that many governments are ill-equipped to manage. In an interconnected global economy, that becomes a problem for all of us. These five facts explain the rise of the global middle class and where it’s likely to go from here.

It’s not easy to define the global middle class in 2016. Most studies agree that earning $10 a day is the minimum threshold to qualify for middle class status, but there’s much more debate over where to set the upper limit. The Pew Research Center puts it at $20 a day, the World Bank often uses $50, and the Organization for Economic Cooperation and Development (OECD) sets it as high as $100. There’s a good reason for these different approaches. After all, where you earn that income matters—$10 a day gets you a lot further in India than in Indiana. Various studies take differences in purchasing power into account, yielding different numbers but the same general trends.

Using the $10-50 bounds, the number of middle class people around the world jumped to 1.4 billion in 2011, a 70 percent increase in just a decade. Unsurprisingly, the biggest driver of this surge has been China. Between 2001 and 2011, 203 million Chinese broke through the $10 barrier to officially join the middle class ranks. Latin America has also pulled its weight, with 63 million people passing the $10 threshold. But not all regions of the world have been able to capitalize on globalization so effectively. Africa has seen some of the most dramatic declines in poverty rates since 2001, but the vast majority of those people still languish in “low-income” purgatory. India offers a similar story.

For those who have made the leap to middle class status, problems loom. China’s economic surge has been driven by a torrid—and unsustainable—manufacturing pace these past two decades. As the country responsible for one-third of the world’s economic growth over the last seven years undertakes the transition from a manufacturing-based economy to a consumption-based one, the reverberations will be felt around the world. Latin America’s economic growth over the last decade has been based on the sales of commodities to a growing China—and with China’s recent slowdown, these countries and their middle classes face stiff headwinds.

But China’s slowdown isn’t the only problem. A study by Oxford economists estimates that 47 percent of jobs in the U.S. are susceptible to automation within the next two decades—a trend that will move into the developing world soon enough. Technology is poised to drastically reduce the need for low-skilled workers around the world, many of whom have only just moved into the middle class.

Across the developing world, governments came to power promising more money in people’s pockets. Many of them delivered. But now state officials face a new set of demands—better public services, more personal security, less corruption, an even higher standard of living and government that is more accountable.

Failure to deliver on those demands has already generated a backlash. In Brazil, a country where millions have been lifted from poverty over the past decade a small protest over a nine cent increase in bus fares in Sao Paulo in 2013 became a nationwide expression of fury over grievances with a government that had failed to meet expectations for better public services.

That same month, a similar surge of public anger travelled across Turkey, a country where the middle class nearly doubled between 2002 and 2011, growing from 21 to 41 percent of the population. The Turkish government had announced construction of a new shopping mall in Gezi Park in the heart of Istanbul, drawing protesters who felt that soon-to-be bulldozed green space was important to the city’s quality of life. Clashes with police followed, and what began as a small local demonstration quickly swelled into a massive protest of those dissatisfied with government policies across the country. Over two weeks, about 3.5 million Turks had taken part in 5,000 demonstrations across the country. We’ve seen new protests in Brazil already this year. Other once-promising emerging markets face the risk of similar unrest.

5. Why the World Should Care

Read More: What Traders Don’t Know About China Could Hurt Them 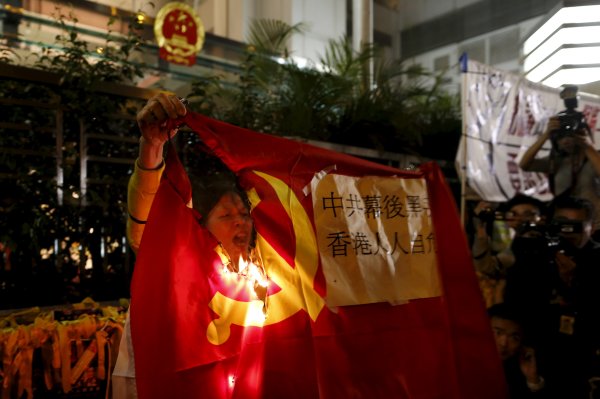 Hong Kong's Anxieties Continue to Mount
Next Up: Editor's Pick