Watch Pope Francis and Leonardo DiCaprio Meet at the Vatican

By TIME Video and Julia Zorthian

Pope Francis gave Leonardo DiCaprio an audience at the Vatican Thursday afternoon, bringing the two luminaries together in one place.

DiCaprio, who won an award at the World Economic Forum this year for his environmental philanthropy, started by giving the Pontiff a book with works by the artist Hieronymus Bosch inside. He opened to a page with the triptych “The Garden of Earthly Delights,” which he said hung over his crib.

“As a child I didn’t quite understand what it all meant, but through my child’s eyes it represented a planet, the utopia we had been given, the overpopulation, excesses, and the third panel we see a blackened sky that represents so much to me of what’s going in in the environment,” DiCaprio told Francis. DiCaprio also handed the Pope a check for his charity.

Along with two other items, Pope Francis also gave DiCaprio a climate-themed volume: a leather-bound version of his encyclical on the environment. Laudato Si.’ 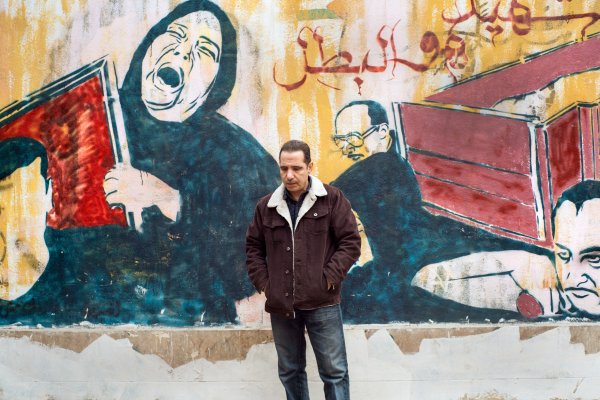 After The Spring
Next Up: Editor's Pick