Anna Kendrick and Justin Timberlake are Trolls in New Trailer

The Troll dolls are ready to make their way to theaters, and they appear only to have a couple requirements in mind for their cinematic transition — great acoustics and enough space to dance.

Unfortunately, the titular Trolls of DreamWorks’ upcoming animated film may also need a place to hide, as they are also susceptible to being scooped up and eaten.

The first official international trailer doesn’t offer any in-film footage, instead showcasing a few of the trolls busting a move primarily to “Watch Me (Whip/NaeNae)” and not to whatever original music Justin Timberlake is writing for the movie.

Timberlake is also among the film’s voice cast, which includes Anna Kendrick, James Corden, Russell Brand, Gwen Stefani, and others. Several of the cast members have previously revealed the look of their trolls, some of whom, like Stefani’s DJ Suki and Kunal Nayyar’s Guy Diamond, appear in the new teaser.

Trolls is set to hit theaters on Nov. 4 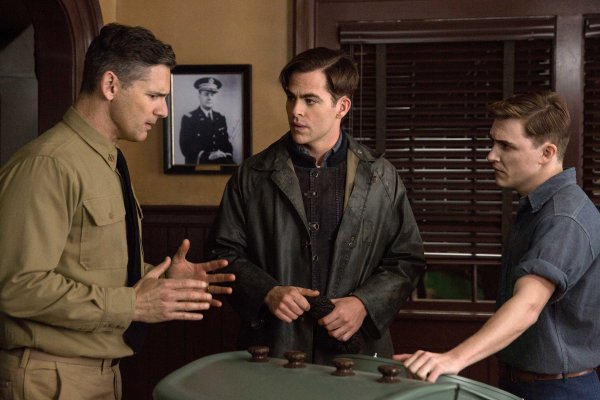 Review: Fear and Loathing Overcome Fake Waves in The Finest Hours
Next Up: Editor's Pick