Woman Wakes to Find a Strange Animal Cuddling Her

As it turns out, Aguaras’s mother-in-law was calling to report an intruder. It wasn’t a burglar, though, but a large, fuzzy animal sleeping on top of her—and she didn’t have any pets. Aguaras came over to help and eventually succeeded in trapping the creature.

They took the animal, which Aguaras described as a cross between a cat and a monkey, to veterinarian Don Harris, who identified it as a kinkajou. Kinkajous are rainforest-dwelling cousins of raccoons. Natives of South and Central American, they don’t normally live in Miami and as they are not nocturnal, it’s clear that the kinkajou didn’t come for the nightlife. The vet told NBC Miami that the kinkajou had to be somebody’s pet. “No undomesticated wild animal like this would curl up on a woman’s chest to go to sleep,” Harris said, before noting the danger of a wild animal on the loose.

It turns out that the kinkajou’s name is Banana and its owners were looking for their lost kinkajou, which was being cared for at South Dade Animal Hospital. Banana has now been reunited with his owners. 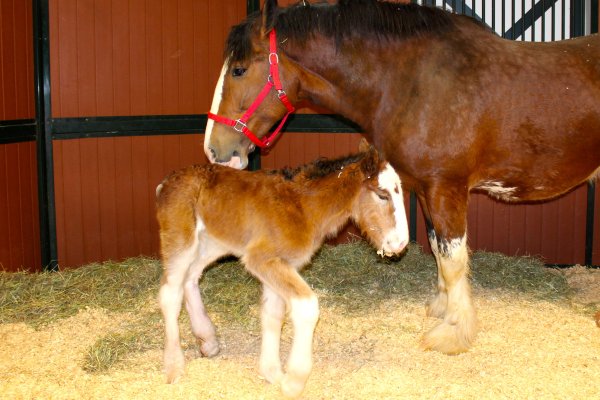 Meet the Newest Budweiser Clydesdale Horse
Next Up: Editor's Pick