Kanye West briefly took over the Internet’s attention on Wednesday with a string of tweets attacking fellow rapper Wiz Khalifa. It started off as a debate about West changing his forthcoming album title and eventually grew to encompass several other topics, from a pair of pants Khalifa once wore to West and Khalifa’s shared ex Amber Rose. Jimmy Kimmel recapped the feud Wednesday night, something he probably felt especially qualified to do as a prior victim of West’s Twitter wrath.

“Kanye West is in another Twitter feud, and the good news is this time it’s not with me,” Kimmel began.

Kimmel points out that the feud began with West changing his album title from SWISH to Waves. Khalifa protested the title change as an infringement on rapper Max B, and used the term “kk” in one of his tweets. West, thinking this referred to wife Kim Kardashian, subsequently went after Khalifa with a vengeance, even though “kk” is just another term for marijuana (“just what marijuana needed, another nickname,” KImmel said).

As entertaining as the West/Khalifa beef was, Kimmel noted it probably doesn’t amount to much in the storied annals of rap beef.

“I have to believe that Tupac and Biggie are watching this and saying, you’ve got to be kidding me,” Kimmel said. 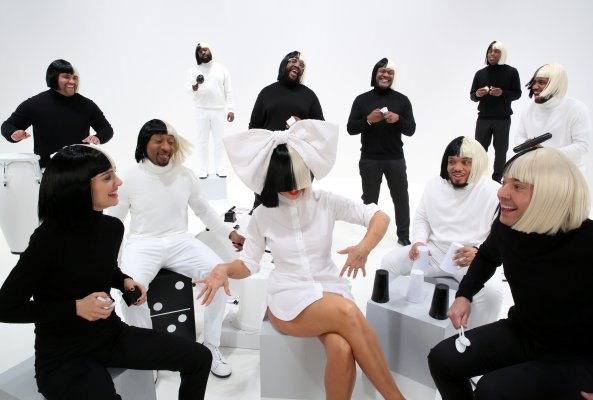 Watch Natalie Portman Explain the Lyrics to 'Iko Iko'
Next Up: Editor's Pick