Why Germany Will House Refugees at a Nazi Memorial Site

The scale model of the Nazi academy was about the size of a compact car, though not particularly detailed. Standing around it, the German tourists could just make out its reproduction of the House of Knowledge, where the Nazi elites of the mid-1930s had been schooled in the supremacy of the Aryan race. North of that stood the parade grounds, where Adolf Hitler had once paced among the rows of graduates in his trademark leather trench coat. “And back here, where you all drove in today, these are the barracks,” said the guide, Dorothea Gehlen, with a gesture to the south. “This is where the refugees will live.”

Starting in March, the memorial complex of Vogelsang, one of the so-called Order Castles that Hitler built to preach his faith in the racial purity of Germans, will become the first Nazi site to house refugees, most of them from North Africa and the Middle East. As the tour guide remarked with a tone of satisfaction, “Hitler would certainly hate this.”

But the official reasoning is more banal: Germany is running out of room. More than a million migrants arrived in the country last year, and a U.N. report released on Wednesday predicted that a million more would reach Europe in 2016, most of them headed to Germany from Syria, Iraq and Afghanistan.

Putting them in urban shelters has been the government’s primary tactic so far. “But we really have no more sleeping places,” says Silvia Kostner, a spokeswoman for Berlin’s Office of Health and Social Affairs, which handles accommodation for refugees. At the end of 2014, she says, there were about 40 shelters of various sizes in the German capital. By the end of last year that number had nearly tripled, largely thanks to the takeover of school gymnasiums. “We took all these sports halls,” Kostner says sadly. “And all these school children have no more sport, because there are refugees sleeping there.”

Predictably enough, this soon began to irritate the locals, so the search for refugee housing got more creative. In the fall, the authorities turned to historical landmarks. Among the first was the old airport at Tempelhof, a monument to the Berlin Airlift of 1948-49, when Allied planes used its runways to break the Soviet blockade of West Berlin; several of the hangars at Tempelhof now shelter thousands of refugees. After that the beds arrived at the iconic Berlin offices of the East German secret police, known as the Stasi, and migrant families were invited to sleep in the rooms where its agents once eavesdropped on East German phone calls. “It’s extremely good, this place, because you have hundreds of these little rooms,” says Kostner.

But all the little rooms in Germany could not resolve the deeper tensions that come with placing migrants in German communities. Across the country, vigilante attacks against shelters have become an almost daily occurrence, usually involving arson in densely populated neighborhoods. Then, on New Year’s Eve, Germany’s “welcome culture” suffered its biggest setback yet. Gangs of migrants went around robbing and sexually assaulting hundreds of women that night in Cologne and other cities. Antipathy toward foreigners has spiked as a result.

“So you have to take seriously the fears of the people,” says Albert Moritz, the manager of the Vogelsang memorial complex, during a recent interview in his office. “There are fears about crime, about strange people coming here, about having to change ourselves, about being overwhelmed.”

Such fears may be overblown, but they have managed to quash the initial objections to putting refugees in a former Nazi training ground. In October, when local authorities first proposed this idea, newspapers and politicians from the area warned that it could be construed as a moral dereliction, a stain on Germany’s atonement for the crimes of the Nazi past.

“I can hardly imagine that there are no other possibilities for housing,” Josef Hovenjürgen, a regional lawmaker for Chancellor Angela Merkel’s political party, the Christian Democrats, told Cologne’s Express newspaper at the time. “There are lots of empty tax offices and army barracks that are neither so isolated nor so tainted by history.”

But the isolation of Vogelsang, if not the burden of its history, has since become an argument in favor of the project. Tucked in among the hills of the Eifel National Park, near Germany’s border with Belgium, the Nazi academy was built to create a feeling of total seclusion. When they arrive this spring, the migrants are to be housed in the barracks that Allied forces used after World War II, and not in the dormitories of the Nazis. But in order to reach the nearest city, they will usually need to rely on specially provided buses, which will give the government a bit more control over their interaction with the locals.

Stefan Wunsch, the research director at Vogelsang, expects a lot of these interactions to take place inside the memorial complex itself. Roughly 150,000 tourists, most of them German, visit Vogelsang each year, and they will soon get to see the migrants and talk to them while wandering among the Nazi ruins. “This will give our visitors something extra to reflect on,” says Wunsch. “In a sense it fits into our philosophy of this being an international place.”

Moritz, the site’s manager, says he agrees: “They will come and see refugees, and it will pose the question to us, to our society: ‘How can we cope with this?’” All around them, the visitors will see the symbols of Nazi chauvinism and xenophobia, and guides will be on hand to explain the dangers of that history ever repeating. In the end, says Moritz, “it will help us to cultivate empathy.” Enough of it, hopefully, to make the refugees feel welcome. 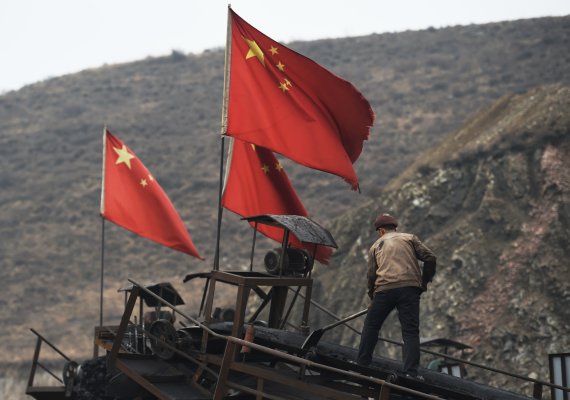 The Truth Behind China's $4.6 Billion Investment in Killing Coals
Next Up: Editor's Pick