The One Economic Book You Must Read Now

One of the most disturbing things about our economic era is its juxtapositions. Wages are flat, yet corporations are flush. Interest rates remain at nearly unprecedented lows, yet investment lags. Growth is there – barely – yet it’s not coming from the places that we expected (the emerging markets) and is slower than expected in the U.S. and Europe, despite unthinkable money dumps by governments since the financial crisis. The economic gap between Main Street and the markets, which are increasingly volatile, is as big as it’s ever been.

If you want to understand this bifurcated world and where it’s headed, there is no better interpreter than Mohamed El-Erian. El-Erian is the former CEO of PIMCO, the world’s largest bond trading firm, and now the chief strategist for insurance giant Allianz. His new book, “The Only Game In Town: Central Banks, Instability and Avoiding the Next Collapse” (Random House), is an excellent primer on how we got here. It’s also a guide on what to expect as the world struggles to cope with slower, less equal growth and the resulting populism, nationalism and ugly partisan politics that we see in countries from the U.S. to France to China.

At the center of it all is an unglamorous institution: The central bank. Central banks are in charge of controlling the world’s money supply and how quickly and easily it can move between countries, companies and the pockets of consumers. In the wake of the 2008 financial crisis and Great Recession, they were forced, in large part thanks to political gridlock in many countries that made larger fiscal stimulus plans impossible, to pump unthinkable amounts of cash into the global system—around $22 trillion in total ($4 trillion from the U.S. Federal Reserve alone)—and slash interest rates to zero. It worked, in the sense that rather than a Great Depression, we got a “new normal” of slower growth. But hey, at least it was growth.

But that New Normal—a term that El-Erian himself coined while at PIMCO—is coming to an end. What replaces it will likely be a period of economic and political volatility. That, along with instability of the sort that we have only just begun to see, with roller coaster markets rising and falling on the latest jittery news from China or the oil markets, and formerly unimaginable politicians like Donald Trump or Marine Le Pen taking advantage of people’s fears that tomorrow will be worse than today.

How did we get here? In a phrase, too much finance — a topic near and dear to my heart, and the subject of my own upcoming book, “Makers and Takers: The Rise of Finance and the Fall of American Business” (Crown, May). In the 40 or so years leading up to the 2008 financial crisis, the economic policy makers and powers that be focused way too much on promoting and encouraging the financial sector – and the growth of credit – to the detriment of Main Street and society as a whole.

As El-Erian writes, “Even the common labeling of the industry itself changed—from “financial services” to just “finance.” Instead of seeing Wall Street for what it is and should be – a helpmate to business – it became the tail that wagged the dog. “Suddenly, the highest level of capitalistic achievement involved finance,” writes El-Erian.

There are many important and growth-hindering ramifications of this. But the one El-Erian focuses on most closely is the growing power of global central bankers over the last several decades. From Alan Greenspan onwards, they’ve lowered interest rates, eased and smoothed the business cycles, and lulled us all into thinking that markets should go in only one direction: Up. But it’s been a sugar high. Investment into the real economy has lagged. Now, the disconnect between markets and Main Street has become so disconcerting that, in El-Erian’s view, businesses are scared to invest and consumers are scared to spend. Nobody knows what the future will bring. So we are all, in some sense, turning Chinese – saving for not just a rainy day, but the prospect of another economic hurricane.

What can get us back on the right track? There are some positive developments. New technologies in the energy sector, the sharing economy, innovations in healthcare and biotech, as well as the industrial Internet all offer hope of a higher growth future. But harnessing their power will require political will. In order for prosperity to be shared, governments have to figure out a way to train a 21st century workforce, rebuild trust in global institutions, create legislative frameworks that spread wealth more equitability (think major tax reform, for example), and so on. As El-Erian admits, policymakers have shown almost no ability to do so over the last few years. That’s why his most likely new “New Normal” is an ongoing era of rocky markets and unpredictable growth.

Market geeks will appreciate the investment tips for navigating this world that he presents at the end of his book. But one of the most interesting and insightful bits of advice he offers to corporate leaders is to, in the words of Steve Jobs, “think different.” In a world in which old economic and political paradigms are no longer relevant, companies will need to overcome the decision biases that lead them to follow the same old path, again and again, to their demise, in a new economic era. Success in the New New Normal will come from unexpected places. That means corporations need much, much more diversity in their workforces – in terms of gender, nationality, educational and economic background and so on. El-Erian cites companies like Google, which have taken diversity hiring to a new level, focusing more on passion, intellect and character than the schools and workplaces on a résumé. If more firms follow, then the age of volatility will have at least one upside. 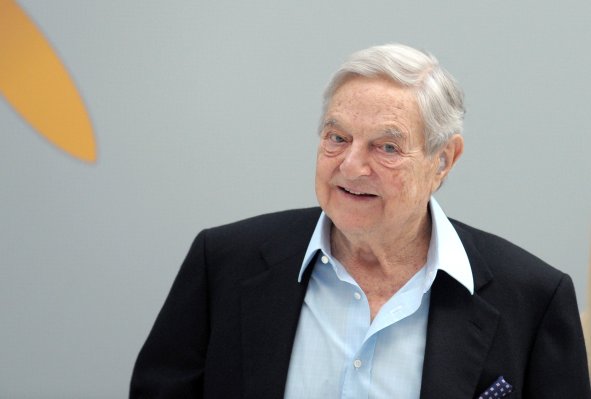 China to George Soros: Do Not Doubt Us
Next Up: Editor's Pick