25-Year-Old American nanny Lauren Mann was found dead in her Vienna apartment on Tuesday, according to reports.

Vienna Police spokesman Thomas Keiblinger told Fox that Mann, who worked as an au pair, was found half-dressed on a mattress in her bathroom after her employer called the police when she didn’t show up for work.

According to NBC, the victim was lying near a “considerable amount of blood.”

“We are still awaiting the final autopsy report, but are presently treating this as a homicide case,” Keiblinger told the network.

However, Fox reports that the spokesman also told a local news outlet that investigators had found traces of blood near her head, which might point to an internal injury. They also reportedly ordered toxicology reports to check for poisoning.

While Vienna officials did not identify the victim completely – calling her only Lauren M. – the U.S. Embassy in the city and the U.S. State Department reportedly confirmed that an American named Lauren Mann had died.

A Facebook statement from the family, obtained by ABC News’ Denver affiliate, also corroborated the report.

“We are heartbroken to tell you our daughter and sister Lauren Mann has been found dead in her apartment in Vienna, Austria. An investigation is in progress. It has been released in Austria to the media and is being sensationalized. Please keep us in your thoughts and prayers,” the statement said.

According to Fox, the Colorado native had been studying in Vienna for about three years. 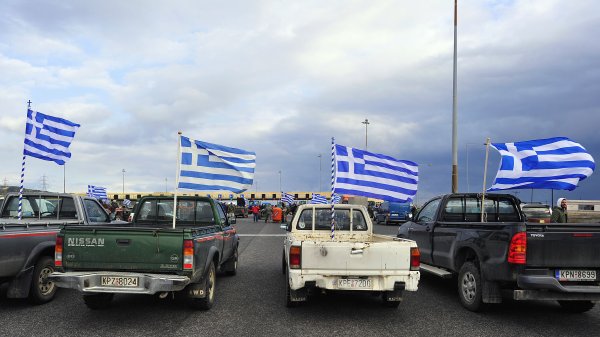 Greece Could Still Bring Down Europe
Next Up: Editor's Pick