Charles Vidor’s 1946 Gilda was devised as a showcase for Rita Hayworth, she of the russet tresses and killer stems, who’d been working for years in Hollywood but hadn’t yet become a big name. As starmaking vehicles go, this movie has to be one of the weirdest: Hayworth’s glorious gold digger Gilda forms the third angle–and what an angle!–in a sexually heated power trio, with Glenn Ford’s wayward rake Johnny Farrell and George Macready’s ultra-elegant control freak Ballin Mundson in the other corners. Criterion has just released Gilda in a beautifully restored edition (on DVD and Blu-ray), and as film historian Eddie Muller notes in one of the supplemental features, the movie’s homoerotic subtext is so overt it isn’t even subtext. This is a mercurial, fascinating film–still. “Was this the Mulholland Drive of 1946?” Muller muses aloud. Did people wonder what they’d just watched? Gilda is a movie written in riddles, but mostly it’s a comet blaze of Hayworth. Whatever we just watched, it left smoke and fire behind. 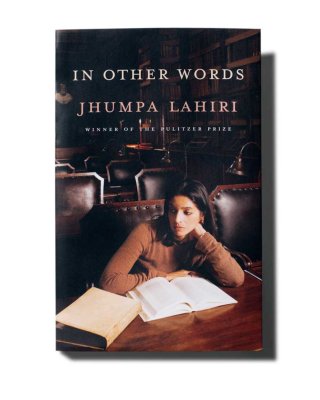 Review: Jhumpa Lahiri Found in Translation
Next Up: Editor's Pick