A Pakistani Cricket Fan Got Jailed for Hoisting the Indian Flag

In a stark reminder of tensions between the two political and sporting rivals, a Pakistani man was arrested on Wednesday for displaying the flag of neighbor and nemesis India atop his house, but told officials he only did it as a tribute to Indian cricket captain Virat Kohli.

The actions of Umar Draz, a resident of the eastern town of Okara, fell under the Pakistan Penal Code that deems displays of allegiance to another country a violation of Pakistan’s sovereignty, Reuters reports.

Violations are punishable by up to 10 years in prison.

India too frequently detains people — particularly in the disputed region of Kashmir that both countries lay claim to — for hoisting Pakistani flags or shouting pro-Pakistan slogans. The two South Asian powers have had a highly tenuous relationship since they were separated in 1947 following independence from British colonial rule, and have fought three wars in the seven decades since.

Draz, however, told local media he only hoisted India’s tricolor for Kohli, who inspired the Indian team to victory over Australia in an international match on Tuesday.

According to Reuters, police confirmed that Draz, who now awaits trial from jail, had posters of the Indian star batsman plastered across the walls of his house. 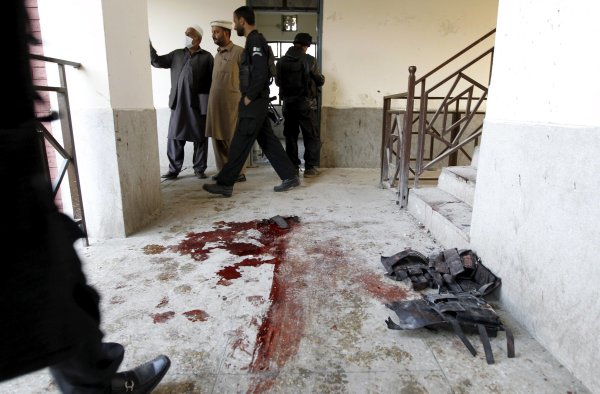 Survivors of Pakistan Attack Recall Chaos and Gunfire
Next Up: Editor's Pick