North Korea May Be Preparing to Launch a Long-Range Missile

North Korea could be preparing to launch a long-range ballistic missile as early as one week from now, according to Japanese analysis of satellite imagery.

The Kyodo news agency cited an unnamed source within the Japanese government saying that preparations for a launch appeared to be going on at the Dongchang-ri site close to North Korea’s northern border with China.

The source cautioned “that the launch could occur in about a week at the earliest,” according to Kyodo.

North Korean state media announced that the country had conducted a test of what it said was a hydrogen bomb on Jan. 6, although foreign governments have said that the claim was exaggerated.

The U.N. Security Council is currently considering whether to levy additional sanctions against North Korea following the nuclear test, the country’s fourth.

The North’s long-term ally, China, has publicly denounced the test, but appears resistant to U.S. calls for new sanctions. Foreign Minister Wang Yi emphasized the importance of “dialogue and consultation” during a meeting with U.S. Secretary of State John Kerry on Wednesday. 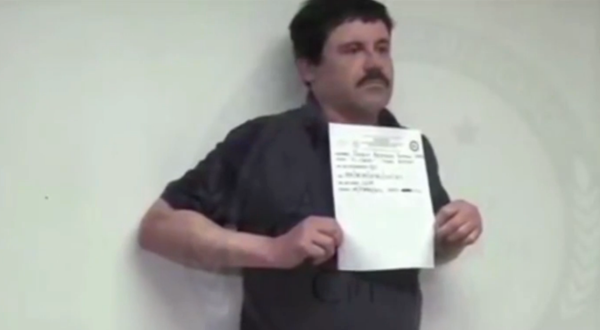 Watch El Chapo Getting Booked by Mexican Authorities
Next Up: Editor's Pick