When she was younger, Barbie Ferreira thought her dream of becoming a model was impossible. No one on TV or in the magazines looked like she did with a curvy frame. But then she landed a gig fronting a new campaign for American Eagle loungewear brand aerie, and now her image inspires girls around the world.

Photos of the 19-year-old Ferreira —which like many “aerie Real” ads, are unretouched—have gone viral, and a video interview about her campaign has racked up more than a million views. That’s likely thanks to Ferreira’s social media audience; She has 68,000 Twitter followers, plus another 250,000 on Instagram.

“As a child I was so deeply insecure,” Ferreira says. “I’d go to classes and auditions and I’d think I’m not going to get this because of my body.” But her world is starting to change. The model talked to TIME about breaking boundaries, ignoring her haters and why she doesn’t mind being called plus-size.

TIME: How has being in this campaign help boosted how you view yourself?

Barbie Ferreira: It’s really a strange thing. I was very much tortured as a kid for the way I looked and I didn’t have many friends. For so long I’ve been dieting and hating my hips and I’d do that in first grade. I was so insecure and I had no one to look up to who could make me feel like all my dreams are valid. I know so many gorgeous women who even inspired me to model to break this boundary, and it makes me feel like girls out there can dream about something without having to think about the things that they can’t change.

Read next: Meet the Woman Who’s Putting Real Curves on the Fashion Runway

What played a role in your thinking you couldn’t be a model or actress because of your body?

When I was younger and really interested in acting, I would look at all the women on TV, and even the ones who were supposed to be ‘geeks’ or ‘less attractive,’ they all looked similar because they were extremely attractive and their bodies were all a certain way. I didn’t relate to it one bit and I thought I looked frumpy and I feel like a lot of girls see that because we don’t want to feel excluded from the rest of the world. The media should portray what we are as a society.

How do you deal with mean commenters on your big social media followings?

There are people who are going to say things about anyone. I think I saw a Kendall Jenner picture and the comment next to it was ‘fat,’ and I think wow, it doesn’t even need to make sense for people to say this. I really, really never take Internet take to heart. The amount of positive messages that move me to tears are so much more frequent than the negative ones.

Would you rather people call you something other than curvy or plus-size?

Curvy models aren’t usually thought of as models. But everyone being called a “curvy model” or a “plus-size” model is breaking the boundary. We’re trying to get rid of this labels and boxes and just be models of all shapes and sizes. I don’t think there’s anything wrong with the word curvy or plus-size because there are women who identify as that, and I’m not offended by it whatsoever because I don’t feel like being bigger is anything wrong. Curvy and plus-size models will just be models once it becomes more normalized and we get more representation and people are used it and not shocked by it.

How has the reception of your campaign been so far?

I’m overseas so I’ve just kind of been in a bubble, but my mom is keeping me updated and she’s my number one fan. It’s been so overwhelmingly positive. I’m so delighted to be accepted by most people. They can relate to it because people are bored with the standards that are out there. I’m glad people can feel better about themselves.

As your number one fan, has your mom helped you define your positive body image?

I’ve been picked on and kind of felt abnormal and she’s the only person to tell me how beautiful I am. People would say such cruel things to me even as a child. If I cry, she cries 10 times harder. She’s my motivation for everything. 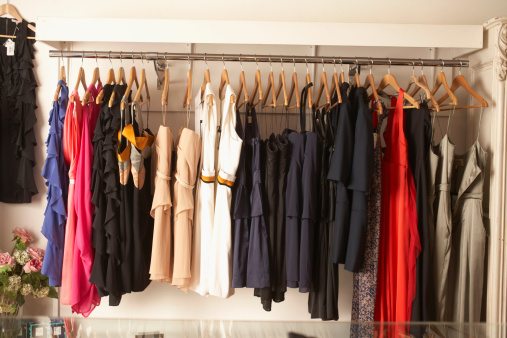 Mom's Body-Positive Message Goes Viral After Daughter Is Told to Wear Spanx
Next Up: Editor's Pick