If the early buzz is any indication, we’re going to be hearing a lot about The Birth of a Nation come this time next year. The excitement around Nate Parker’s film about the 1831 Nat Turner slave rebellion has had attendees at this year’s Sundance International Film Festival talking about the 2017 Oscars, crowning a festival MVP before its halfway point and, in the case of film distributors, opening their wallets, big time.

Here’s what you should know about a film that’s already been declared a Best Picture contender less than one month into the year.

What’s it about? The film is both biographical drama and wrenching dramatization of historical events, as it tells the story of Nat Turner, a slave, preacher and insurrection leader, and the rebellion he orchestrated in Southampton County, Va. in 1831. Turner was born into slavery, religious and well-educated from a young age. His rebellion called on dozens of enslaved and free blacks in the region to band together and travel from plantation to plantation on horseback, killing white slave owners and freeing slaves. Of his desire to make the film, Parker told the Hollywood Reporter, “Imagine my dismay in learning,” upon arriving at the University of Oklahoma, “that one of the greatest men to walk the soil in this country was a man who grew up and lived and breathed and fought less than 100 miles from where I grew up.” His dismay, of course, was not in learning about Turner—who inspired him immensely—but in the fact that his primary and secondary schools had failed to make mention of the man.

Who is Nate Parker? Parker is a 36-year-old actor whose most notable credits, before The Birth of a Nation, include the 2014 romantic drama Beyond the Lights and a role in Spike Lee’s 2012 Red Hook Summer. After graduating from college with a degree in computer programming, he moved to Los Angeles to pursue acting. Disappointed with the majority of roles available to him, he drew a line in the sand two years ago: his next role would be Nat Turner or nothing at all. Parker began developing the script and raising funds seven years ago, and in addition to acting and producing, the film is his feature-length screenwriting and directorial debut.

Isn’t there already a movie by that name? Yes, D.W. Griffith’s The Birth of a Nation, released 101 years ago in 1915, is simultaneously considered a feat of early filmmaking and incredibly offensive in its portrayal of black men and women and its glorification of the Ku Klux Klan. Parker’s new movie appears to be a reclaiming of the phrase, and a reminder of both the ugliness of the birth of the United States and the heroism of those, like Turner, whom history has a tendency to forget.

Why did Gabrielle Union take a non-speaking role? In addition to Armie Hammer, who plays a slave owner, and How to Get Away With Murder’s Aja Naomi King, who plays Turner’s wife Cherry, Gabrielle Union is among the movie’s top-billed cast members, but she does not speak a single line in the film. Union told Vulture that eliminating her character’s lines was a conscious decision she made with Parker. “Our ancestors were never afforded a voice, so to me it was important that she stay voiceless so you really get that they didn’t have one,” she explained. Union also felt that her silence represented the silence into which many victims of sexual assault feel forced.

What are people saying about the movie? By all accounts, The Birth of a Nation‘s Sundance premiere had audience members “crying in their seats and jumping to their feet in a prolonged standing ovation.” Reviews have described it as a “searingly impressive debut feature [that] pushes the conversation” begun by 12 Years a Slave; “an articulate howl of anguish and rage”; and “a beautiful, reflective film even as it is also a brutal, visceral one.” The film is all the more impressive for its low budget (under $10 million) and tight production schedule (27 days).

Why make this movie now? Though the story takes place in 1831, Parker says the film couldn’t be more relevant to moviegoers today. “It’s kind of like a battle cry from a filmmaking standpoint,” he told Deadline. “I wanted a film that people could watch and be affected—almost hold them hostage in the theater, where they have to see this images, and they have to see the parallels and the themes that are echoing right now in 2016…And then they can’t unknow it, they can’t unsee what they saw, and when they leave they’ll have to ask themselves, ‘What is my role?’ and ‘Am I doing all I could be doing?”

Who acquired it? The Birth of a Nation launched an intense, all-night bidding war with major distributors reaching deep into their pockets. The filmmakers reportedly turned down a $20 million offer from Netflix in favor of one for $17.5 million from Fox Searchlight, which will ultimately distribute the film. This is the highest bid ever accepted for an acquisition in the history of Sundance. If the Netflix reports are true, it’s likely that Netflix was hurt by its lack of a track record with major theatrical releases—Beasts of No Nation, which premiered simultaneously on the streaming service and in theaters last year, grossed less than $1 million at the box office. Parker considers the bidding war itself a powerful statement. “There is a system, that is based on race, that says African American films don’t sell,” Parker said at a panel held by Deadline, “so this is a win for independent filmmakers, this is a blow against white supremacy and racism in this country and abroad.” 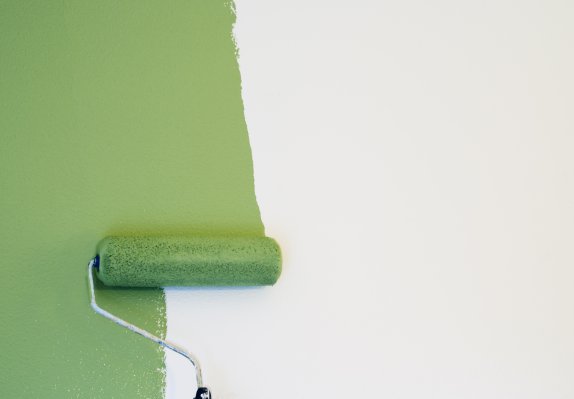 U.K. Movie Board Certifies 10-Hour Film of Paint Drying
Next Up: Editor's Pick