“I have many friends in this race, but I believe the one who is best positioned, best prepared to lead this nation forward, pulling it out of the tailspin this President has put us in, I believe it is Ted Cruz,” Perkins told Kelly, clarifying that he made the endorsement in his personal capacity. “He is smart, he is bold, much like you, he is not afraid to upset people to do the right thing.”

Perkins’ endorsement does not come as a surprise, but its timing is a clear move to offset the momentum Trump is gaining in the lead up to the Iowa Caucuses on Monday. Trump gained the endorsement of another prominent evangelical leader, Jerry Falwell Jr., president of the Liberty University, earlier on Tuesday. Perkins’ announcement on Kelly’s show is also pointed, as it comes just hours after Trump announced that he will skip the upcoming Fox News/Google debate, in protest of the network — and Kelly specifically.

Trump, the current Republican frontrunner, has been leading with the values voters constituency, even though he does not always share their policy objectives. Asked last week what he makes of that dynamic, Perkins told TIME he believed that many evangelicals feel “beaten down” by political correctness, especially on issues such as gay marriage. “Now they see Donald Trump, who is taking on that same elitist politically correct mindset and not backing down,” he said. “They find common cause in this guy, even though he comes from a completely different world.”

But Trump, Perkins explained to TIME, was capitalizing primarily on fear. “You can’t operate in faith and fear, you have to choose one or the other,” Perkins told TIME last week. “We are not looking for a man to solve all our nation’s problems, we are looking for a man who knows the source of the solutions, and be wiling to stand and speak those solutions and advocate them.” 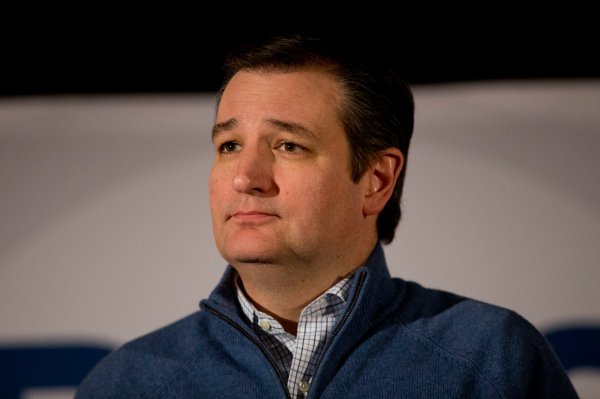 Cruz Challenges Trump After Debate Boycott
Next Up: Editor's Pick