Republican presidential candidate Senator Ted Cruz listens to a question from the crowd at a campaign event at Bridge View Center in Ottumwa, Iowa, on Jan. 26, 2016
Jae C. Hong—AP
By Zeke J Miller

In an interview with conservative radio host Mark Levin, Cruz, who is locked in a heated fight for first place in the Hawkeye State with Trump, mocked Trump’s decision to pull out of the debate.

“If he thinks Megyn Kelly is so scary, what exactly does he think he’d do with Vladimir Putin?” Cruz said, in a challenge designed to eat into Trump’s news cycle after announcing the news later Tuesday. “I would like to invite him on your show to participate in a one-on-one debate, between me and Donald, mano a mano.”

“The fact that Donald is now afraid to appear on the debate stage, that he doesn’t want his record questioned, I think that reflects a lack of respect for the men and women of Iowa,” Cruz added.

Cruz said he was willing to hold the 90-minute debate without any moderators, if Trump did not want to appear with any moderator.

Such a debate would likely violate Republican National Committee rules prohibiting unsanctioned debates, but the appearance of two of the party’s top-polling contenders would weaken the RNC’s leverage.

Most Popular on TIME
1
Switzerland, Germany Struck With Near Record Snowfall
2
Everything You Need to Know About Nurse Ratched Before Watching the New Netflix Show
3
The Inside Story of Signal 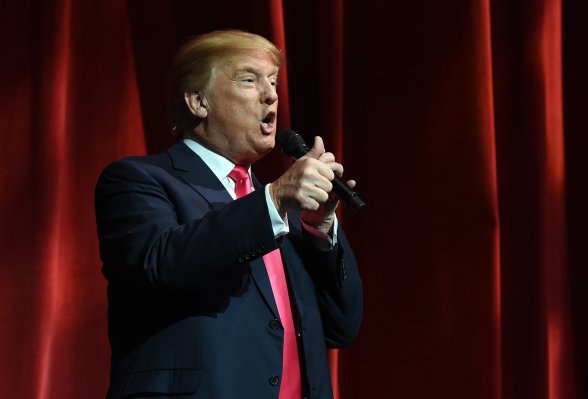