The self-proclaimed “toughest sheriff in America,” and certainly one of the most controversial, has just endorsed Donald Trump for president.

In a statement, Joe Arpaio said, “Donald Trump is a leader. He produces results and is ready to get tough in order to protect American jobs and families. I have fought on the front lines to prevent illegal immigration. I know Donald Trump will stand with me and countless Americans to secure our border.”

Speaking in Marshalltown, Iowa Tuesday evening, Arpaio cited Trump’s stance on illegal immigration, drugs, and his vow to protect veterans. “It’s easy for me to endorse him,” Arpaio said. “It’s just common sense. Why would I not want to endorse him? Everything that I believe in, he believes in.”

Arpaio, now 83, has been the sheriff of Maricopa County, Arizona since 1993. Despite his long tenure, he’s a highly divisive public figure. Arpaio struck out a strong nativist, anti-immigration stance long before Trump descended the escalator to announce his candidacy in June 2015. He was an outspoken supporter of Arizona’s harsh 2010 anti-immigrant law, which criminalized the failure to carry immigration documents and gave the police sweeping power to detain people suspected of being in the U.S. illegally. (The Supreme Court ruled on the law in 2012, upholding its most contentious provisions.)

In 2013, a federal court found Arpaio guilty of racially profiling Latinos at traffic stops; he then faced a contempt of court hearing for refusing to stop. He has been the subject of thousands of lawsuits during his tenure as sheriff.

“I have great respect for Sheriff Arpaio,” Trump said in a statement about the endorsement. “We must restore law and order on the border and respect the men and women of our police forces. I thank him for his support of my policies and candidacy for President.”

Trump has made his hardline stance on illegal immigration a centerpiece of his campaign, promising to build a wall along the country’s southern border with Mexico and deport all 11 million people in the country illegally. But Arpaio is a controversial figure in law enforcement even outside his questionable treatment of undocumented immigrants. Arpaio also began the nation’s first female and juvenile chain gangs, and forced Maricopa County inmates to wear pink underwear. 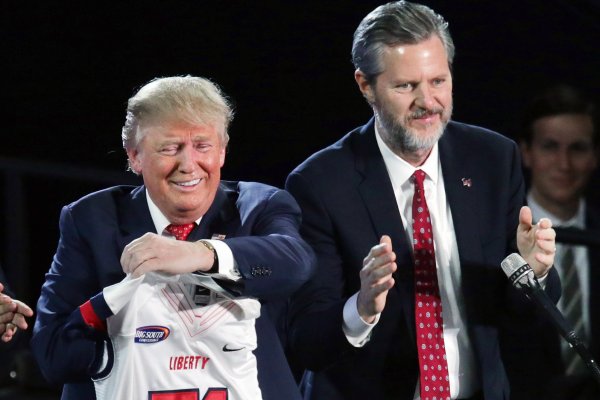