How You Can Buy the New Barbies

Barbie’s got three new bodies—tall, petite and curvy—which will be sold along with the original form starting Jan. 28. TIME got exclusive access to Mattel’s reimagining of the this iconic doll. The creation of the new Barbies was so secretive that the design team code-named the endeavor “Project Dawn” so even their spouses wouldn’t find out about it. TIME got exclusive access to the inside of Project Dawn and focus groups with moms and kids who were encountering the dolls for the first time.

The new Barbies will be sold online at Barbie.com on January 28 and will be delivered in February. The brand new looks will make their official debut at the New York Toy Fair Feb. 13-16. Mattel has not yet confirmed when retailers like Target and Toys’R’Us will carry the transformed Barbies. 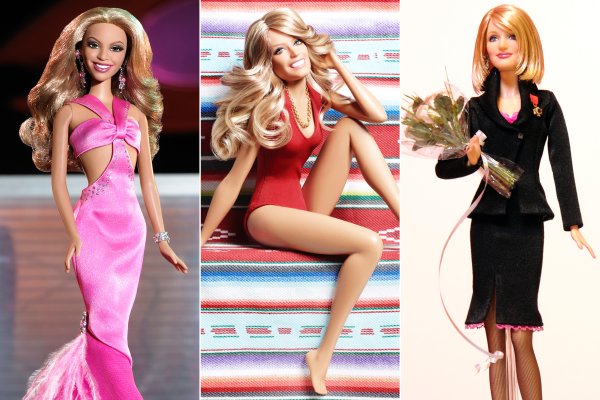 Celebrities You Never Knew Were Made Into Barbies
Next Up: Editor's Pick