Russia And OPEC May Work Together To Cut Supply

The head of OPEC called on oil producers around the world to work together to address the current state of oversupply. “It is vital the market addresses the issue of the stock overhang,” OPEC’s Secretary-General Abdallah El-Badri said on Monday in London. “It should be viewed as something OPEC and non-OPEC tackle together.”

The thought of non-OPEC countries working with OPEC to cut oil production was once ridiculous. And to be sure, it is still pretty implausible. But there are glimmers of possibility; the window for cooperation is cracking open, if only ever so slightly.

There has already been a solid contingent of support within OPEC for production cuts, mostly coming from economically worse off nations such as Venezuela. But earlier this month, Oman, a non-OPEC oil producer in the Middle East, suggested that it would be open to a production cut in coordination with OPEC in order to boost oil prices. Oman would be willing to look at a 5 to 10 percent production cut.

On January 25, the vice president of Lukoil, a Russian oil company, said that Russia should work with OPEC to stabilize the market. “In my opinion, if such a political decision is taken, Russia should jointly work with OPEC to cut supply to the market… It’s better to sell one barrel of oil at $50 than two barrels at $30,” Leonid Fedun told Tass news agency on Monday, according to Reuters.

OilPrice.com: How Soon Could A Sustained Oil Price Rally Occur?

But Russia has long been unwilling to cooperate with OPEC. Despite being one of the largest oil producers in the world, Russia has little room for production cuts. Just like every other oil producer in the world, Russia’s state-owned firms need to make up for falling revenue by trying to ship more volume. That logic makes sense for all producers at the individual level, but collectively it continues to leave the world oversupplied. The comments from Lukoil’s executive represent some of the strongest language yet from within Russia for coordinated cuts.

It may not matter, however. Lukoil is a private company and does not necessarily reflect Russian state policy. In any event, Russian officials shot down such speculation, saying that bad weather in Russia would prevent their ability to cut production. Also, Russia believes that the market will sort itself out later this year.

OilPrice.com: Oil Crash Only The Tip Of The Iceberg

Whatever the official line from the Russian government may be, the fact is that nothing has changed: they still have little room to cut output. While Fedun’s comments about selling fewer barrels at higher prices might make sense in order to bring back some stability to the markets, the Russian government is thinking much more about its immediate future. The collapse of oil prices to $30 per barrel and below have left Russia in an acute crisis, and it believes it cannot afford to ship lower volumes of crude oil.

The Russian government revealed on Monday that the economy shrank by 3.7 percent in 2015, the sharpest contraction since 2009. The collapse of oil prices has also caused Russia’s currency, the ruble, to plunge. The central bank is in a quandary: with the Russian economy in a severe recession, boosting interest rates to stop capital flight and slow the fall of the ruble could make the economy worse. Since last year the central bank has instead opted for a policy of letting the ruble float, which while saving on foreign exchange, has led to the currency’s steep fall.

On the other hand, in an ironic twist, the Russian government’s desperate need for cash could end up unintentionally cutting oil production. The government is looking to push off a planned cut in oil taxes in a bid to save several billion dollars. The finance ministry expects to take an additional $3.6 billion from the industry this year. But by keeping taxes higher than originally planned, it could cut investment in maintaining the country’s aging oil fields, many of which suffer from significant decline rates that need constant maintenance. There is also a chance that the tax cut could be postponed indefinitely. “We will have to limit our spending and that will lead to a fall in production,” Lukoil CEO Vagit Alekperov told the WSJ.

Russian oil and gas companies have been cushioned somewhat by the weak currency. The industry pays costs in rubles, but earns revenues from oil and gas sales in U.S. dollars. The plunging value of the ruble has reduced costs in dollar terms.

Still, that hasn’t erased the revenue deficit, and without substantial investment, Russia’s oil production will fall in the years ahead. 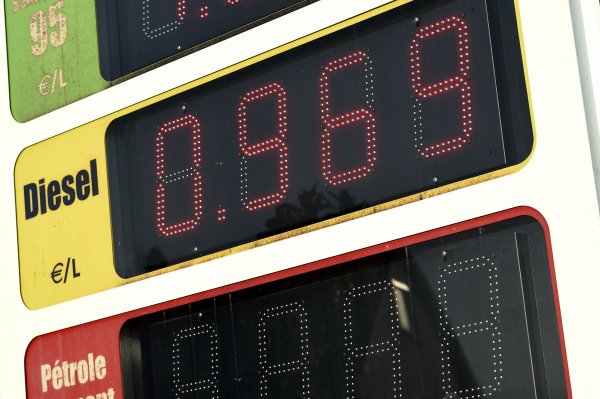 Here Are 60 Reasons Why There's Hope For Oil Investors
Next Up: Editor's Pick