At various points in post-WWII history, a distinguished group of scientists has determined how close the world is to global catastrophe. On Tuesday, the Bulletin of the Atomic Scientists announced the world’s Doomsday Clock would remain at 3 minutes to midnight, where it was moved in 2015.

“That decision is not good news,” the Bulletin says, “but an expression of dismay that world leaders continue to fail to focus their efforts and the world’s attention on reducing the extreme danger posed by nuclear weapons and climate change.”

Since the dawn of the nuclear age, the Bulletin of the Atomic Scientists’ Science and Security Board has periodically altered the minute hand on the clock to symbolize our proximity to the apocalypse, often reflecting the acquisition and testing of powerful weapons by world powers. When the group first launched the clock in 1947, the world was depicted as being 7 minutes from global annihilation in an effort to “symbolize the urgency of the nuclear dangers” on the heels of the war. Here are four years the world moved closer to Doomsday:

It didn’t take long for the clock to tick forward as the Cold War heated up and the nuclear arms race began; the Bulletin set the hands at 11:57 in 1949 as the Soviet Union’s testing of an atomic bomb signaled our impending doom. But it was in 1953 that scientists warned leaders of the world were playing with fire. “Only a few more swings of the pendulum, and, from Moscow to Chicago atomic explosions will strike midnight for Western civilization,” the Bulletin warned when they announced the clock had moved and the world was just two minutes from midnight.

As diplomatic solutions briefly quelled the threat of a nuclear apocalypse in the late 1950s, the group rolled back the hands of the clock and by 1963 the planet was considered to be 12 minutes from doom.

In 1968, the clock ticked forward to seven minutes before midnight due to the U.S.’s involvement in the Vietnam War and budding conflicts across the globe. The clock seesawed back and forth as the war continued. In 1974, when the Bulletin’s editors set the clock forward three minutes to 11:51, TIME described how the decision had come to be made:

The 1980s ushered in the tensest moments of the Cold War and some of the gloomiest doomsday predictions in decades. In 1984, the Bulletin warned that because of stalled communication between the U.S. and the Soviet Union, the world was a mere 180 seconds away from the proverbial end of days. The signing of the Intermediate-Range Nuclear Forces Treaty relaxed tensions in 1988 and the minute hand was rolled back once again.

The doomsday clock was turned back to the furthest point from midnight in history in 1991— 11:43 — when the U.S. and the Soviet Union signed the first Strategic Arms Reduction Treaty. But the quiet only lasted for so long as the early 2000s ushered in what the Bulletin described as a “new nuclear age” and the clock began ticking forward again.

Last year, the Bulletin decided rampant nuclear proliferation coupled with new threats like climate change put humanity back to within three clicks of midnight. “Today, unchecked climate change and a nuclear arms race resulting from modernization of huge arsenals pose extraordinary and undeniable threats to the continued existence of humanity,” the executive director of the Bulletin of the Atomic Scientists Kennette Benedict said in 2015. That was the last time the clock was moved. 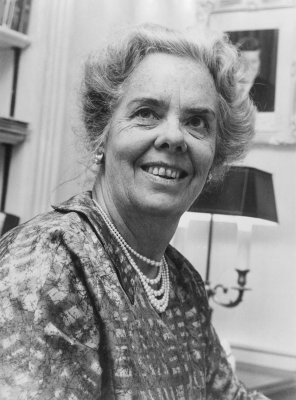 Why JFK and Goldwater Shared A Doctor
Next Up: Editor's Pick