I came up with the idea for POP Pilates—a fusion of ab-chiseling and total-body strengthening moves choreographed to POP music—while I was attending Whittier College in California and working at a gym on the side. I was inspired and motivated by music, so I combined it with Pilates to make the workout more intense and fun. Then, when I had graduated and was about to move to the East Coast, I posted my first workout video on YouTube as a farewell to my students in California.

When I started making YouTube videos, the negative comments I received were mostly about my workouts. But as my channel started to grow, so did the number of nasty comments directed toward my body.

People would say that my stomach was too big, my boobs were too small or that I “didn’t look fit enough to be a fitness instructor.” All of these comments were clearly ridiculous. My ability to teach Pilates has nothing to do with how my body looks; being a good instructor means motivating and inspiring people to reach their potential, and my physical appearance is irrelevant to that.

Still, the cruelty honestly overwhelmed me and really upset me at first.

As the frequency of these comments kept increasing and the words became more hurtful, I decided to turn the situation into something positive. I’m not the only person who’s had hateful comments directed toward them, so I thought, “Why not do something that will raise awareness of online bullying and help other people going through the same thing?”

I made a video in which I took specific comments from people and literally changed myself to “fit” their standards. I used Photoshop to make my stomach ridiculously small and increased the size of my boobs and my butt. In the video, I wondered whether the haters would be happy now that I’d changed into what they thought I should be—or if they would still have something negative to say. I wanted to make a point that it’s ridiculous to judge someone based on what they look like.

One thing that really helped me ignore the barrage of body criticism was realizing that, sadly, it might never go away. People will always have their opinions, even though they aren’t always true. So I just focus on all the positive things I’m doing.

Since the one thing haters want is attention, I refuse to give it to them. I refuse to waste my energy and time focusing on negativity. Instead, I create positivity and live my life teaching others, helping others and spreading love to the Blogilates community. Negativity and hate have no place in my life.

Cassey Ho is an award-winning fitness instructor, entrepreneur and online personality. She is the creator of Blogilates, the #1 female fitness channel on Youtube with over 300 million video views and 2.8 million subscribers. 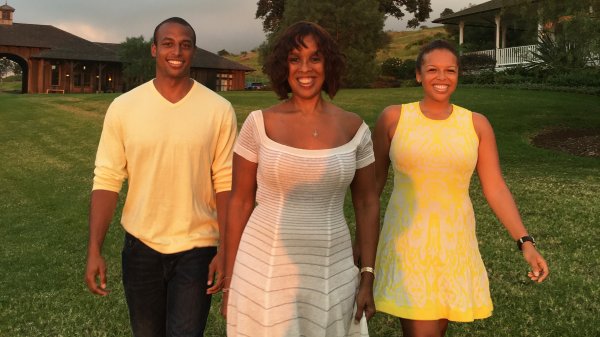 Gayle King: How to Let Go of Working Mom Guilt
Next Up: Editor's Pick