1 in 7 People Diagnosed With Colon Cancer Are Under 50

People under the age of 50 aren’t usually screened for colon cancer—but they’re still at risk of the disease, according to a new study.

The study, published Monday in the journal Cancer, finds that 1 in 7 patients with colon cancer is under the age of 50, and younger patients tend to be in more advanced stages of the disease. Current cancer screening guidelines list 50 as the age people should begin getting regular colon screenings.

According to the study’s lead author, who was interviewed by CBS News, the study should serve as a “wake-up call” to the medical community, but it doesn’t necessarily indicate that there should be changes to the current screening guidelines.

The cancers found in younger patients tend to be discovered only after patients develop symptoms like anemia, bloody bowels or colon blockages.

The study examined the files of 260,000 patients diagnosed with cancer between 1998 and 2011. The younger patients made up about 15% of those diagnosed. They tended to have less recurrence and lived longer, due to the aggressive treatment they received, including radiation therapy and surgery.

According to cancer.gov, colon cancer is the third-most common type of non-skin cancer in women and men. 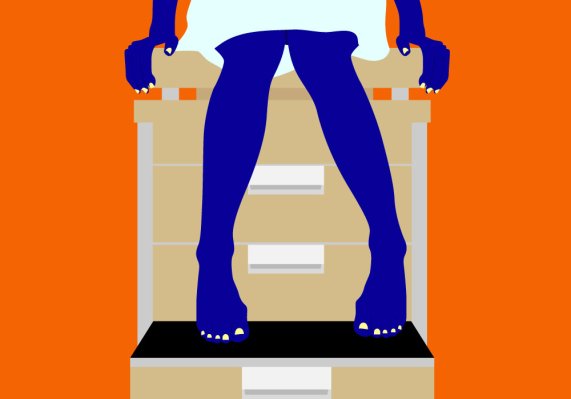