A 1-year-old New Jersey boy and his mother were killed after carbon monoxide seeped into their car as they huddled to keep warm, authorities said.

Sasha Bonilla, 23, her son and her 3-year-old daughter were sitting inside the car Saturday while the children’s father, Felix Bonilla, shoveled snow from around the vehicle to free it, NBC New York reports. The deadly and odorless gas wafted into the vehicle from a blocked tailpipe, police said. “The gas couldn’t go out and it had nowhere to go except inside the car,” Passaic Mayor Alex Blanco told NBC.

The 3-year-old girl was left in critical condition and is fighting for her life at a hospital. Her father was hysterical, “crying and jumping” when he took a break from shoveling and found his family unconscious, neighbor Isabel Carmona told NBC. The heartbreaking scene brought everyone to tears, she said. “The paramedic, he cry, and the police cry. Everybody cry,” Carmona said. 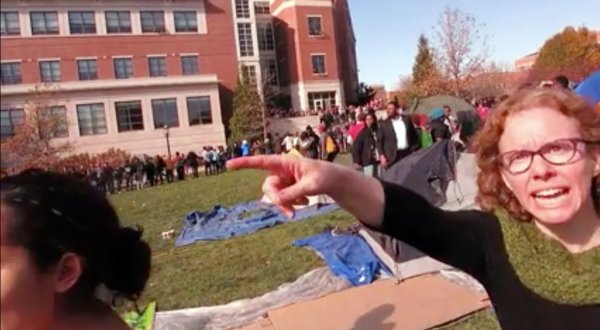 U. Missouri Professor Charged With Assault
Next Up: Editor's Pick