Buzz Aldrin signs copies of his book at at Barnes & Noble Booksellers Glendale, Calif. on July 28, 2014.
Tibrina Hobson—FilmMagic/Getty Images
Ideas
By Buzz Aldrin
Dr. Buzz Aldrin served as lunar module pilot for Apollo 11, the first manned lunar landing mission. He is the author of eight books, including his New York Times best selling autobiography Magnificent Desolation. His newest book, Mission to Mars: My Vision for Space Exploration, was published in 2013. As one of the leading space exploration advocates, Buzz continues to chart a course for future space travel. He is an unpaid advisory board member for XCOR Space Expeditions.

The recent big news in space is that our solar system seems to be bigger than we thought.

Evidence for a giant planet lurking far away from our sun in the murky and cold real estate of the outer solar system is enlightening—arguably for good and bad reasons.

I’m reminded of an axiom we’re all familiar with: objects in the rearview mirror may appear closer than they are. But in this case the nicknamed “Planet 9” may be more in our face than we realize.

Planet 9 is a should-be-there world. That is, nobody has yet spotted the object directly. But thanks to mathematical modeling and computer simulations, this distant world could have a mass about 10 times that of Earth. If truly a resident of our neighborhood of planets, this supposed planet would make one full orbit around the sun that takes between 10,000 and 20,000 years.

Given that a few years ago we demoted Pluto from its planet status, the claim of a “Planet 9” adds up to one fact: the planetary census of our solar system is clearly unfinished business.

That’s what space exploration is all about—defining new boundaries. A potential new planet offers great satisfaction for those of us who look for things out there.

The good news is that we finally have the ability to detect large objects remote from our home planet. But “Planet 9” is also a reminder of all the solar system’s unknowns, which include asteroids that could hit Earth. NASA recently formed a Planetary Defense Coordination Office to coordinate U.S. agencies and intergovernmental efforts to respond to future near-Earth objects that threaten Earth. Evidence for a possible additional planet is sign we must stay vigilant.

As the world discusses the potential of “Planet 9,” I’ve just begun my 86th trip around the sun—a birthday celebration made all the more meaningful by recently forming the Buzz Aldrin Space Institute at the Florida Institute of Technology in Melbourne, where we’re developing a complete plan for the future called Cycling Pathways to Occupy Mars. Gaining that foothold is prerequisite, I believe, to furthering humanity’s advances ever-deeper into the solar system.

It’s a big universe out there. The prospective “Planet 9” in our own backyard reminds us of that—and assuredly more surprises are in the offing.

Buzz Aldrin, best known for his Apollo 11 moonwalk, holds a doctoral degree in astronautics and continues to wield influence as an international advocate of space science and planetary exploration. Aldrin and co-author, Leonard David, wrote Mission to Mars – My Vision for Space Exploration, published in 2013 by the National Geographic Society. Aldrin’s new children’s book, Welcome to Mars: Making a Home on the Red Planet, co-authored with Marianne Dyson, released in September 2015. 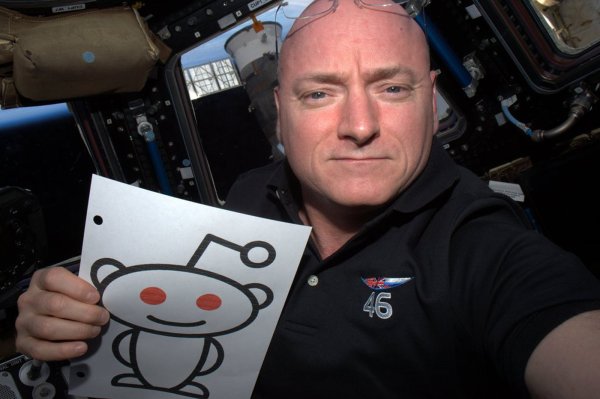 The 5 Most Interesting Things We Learned From Astronaut Scott Kelly's AMA
Next Up: Editor's Pick