You Could Win a Pint of This Bernie Sanders Ice Cream

The co-founder of Ben & Jerry’s has been so inspired by Sen. Bernie Sanders’ presidential campaign that he’s crafted an ice cream flavor in the Vermont candidate’s honor.

After Ben Cohen’s early ideas about a potential Bernie Sanders flavor gained widespread attention, he decided to actually develop the flavor called “Bernie’s Yearning,” which he’s billing as a “participatory flavor including a graphic description of what’s wrong in our country (in 3D frozen confectionary form).”

The flavor isn’t an official Ben & Jerry’s Ice Cream creation and there are no plans to put it on grocery store shelves anytime soon. Instead, Cohen has made 40 pints of the limited-edition ice cream in his kitchen, and he donated 25 of them to the Sanders campaign. The campaign will give the pints to randomly selected supporters who sign up online. 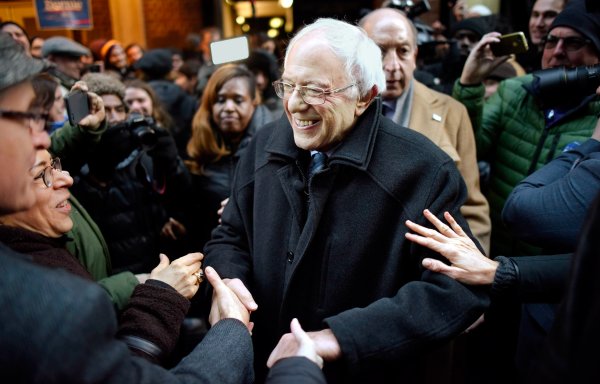 Why Bernie Sanders' Revolution Needs a Second Act
Next Up: Editor's Pick