Elise Stefanik: My Advice to Anyone Who's Ever Been the Youngest Woman in the Room

I first decided to run for Congress when I was 29—and became a Representative at the age of 30. Now, I regularly sit in a room with colleagues who are, on average, twice my age. There are a few key strategies that I’ve found helpful in these types of situations.

1. Embrace your age
People told me several times during my first campaign to hide my youth and the fact that I was a nontraditional candidate—a 29-year-old woman. Instead of taking that bad advice, I really leaned in to who I was and wrapped my arms around the fact that I was young and female and that we needed representation for multiple generations in Congress. Ultimately, that message resonated not just with young voters, but with seniors in my district, too.

2. Do your research
I definitely don’t let my age keep me from contributing, but I’ve noticed that when I speak up, there’s a curiosity among my colleagues as to what I’m going to say. I think my age means that I speak with somewhat of a louder voice than a regular first-term member of Congress—so I make sure that I’m always very prepared. That was the case when I was running and in Congress today.

3. Pay it forward
As someone who’s frequently been the only woman and the youngest person in the room this past year, I believe it’s really important to bring other young women to the table. I’ve been really humbled by other women who’ve reached out to me across the country. Not just women who are running for Congress and federal office, but elementary school students running for student council or high school students who are their class presidents. Encouraging women to have the confidence to step into the arena is something that I take seriously, so I spend time reaching out to them and mentoring them.

Rep. Elise Stefanik, a New York Republican, made history in 2014 when she became the youngest woman ever elected to Congress at the age of 30. 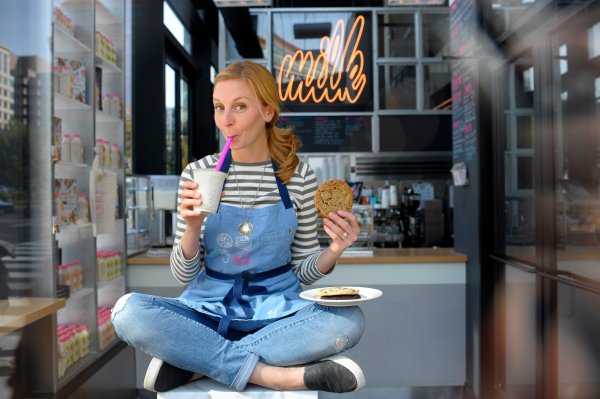 Milk Bar Owner Christina Tosi: What Failing on a Regular Basis Has Taught Me
Next Up: Editor's Pick