Trump’s stance on abortion, a key issue among many conservatives, was questioned in the ad from Keep the Promise 1, one of a network of super PACs supporting Cruz. The ad labels Trump as not being conservative enough for comments the billionaire made during a 1999 television appearance, saying “I am pro-choice in every respect.”

Trump has since had a change of heart. On the recent 43rd anniversary of the Roe v. Wade decision, Trump penned an op-ed in the Washington Examiner clarifying his stance on the issue.

“Let me be clear — I am pro-life,” Trump wrote. “I support that position with exceptions allowed for rape, incest or the life of the mother being at risk. I did not always hold this position, but I had a significant personal experience that brought the precious gift of life into perspective for me.”

Cruz is banking on support for Evangelical Christians to pull ahead of Trump in Iowa. The billionaire is ahead five points of Cruz, in a polling average compiled by RealClearPolitics. 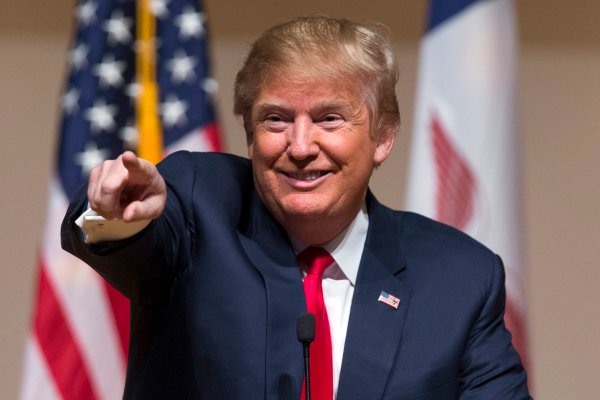 Donald Trump Says He 'Could Shoot Somebody' and Not Lose Votes
Next Up: Editor's Pick