See a Stunning Moonlight Photo of the Blizzard from Space

Visibility was low for most people during this weekend’s winter storm, but NASA had a clear view of the blizzard from above.

NASA released this photo that shows the storm at 2:15 a.m. EST on Jan. 23. The Visible Infrared Imaging Radiometer Suite on the Suomi NPP weather satellite captured the image, the agency said.

The imaging seized upon any visible light to compose the shot. NASA explained that the storm clouds were faintly lit by Northeast cities from below and by the nearly full moon from above in the photo.

Economists estimated Monday that the blizzard could cost the U.S. some $850 million. 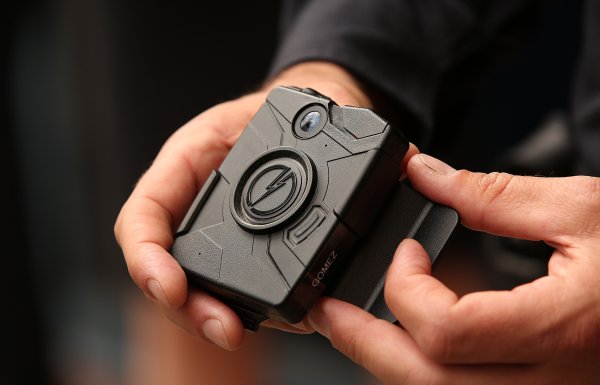 Storing Body Cam Data is the Next Big Challenge for Police
Next Up: Editor's Pick