An Australian television interview with two men who prevented a robbery on the country’s Gold Coast has gone viral because of the characteristically laconic and droll way in which they describe their courageous feat and the fact that they were both shirtless at the time and had the presence of mind to film what they were doing.

Australia’s Channel 9 interviewed James Ross-Munro and Kane Wiblen on Monday morning local time and heard how the two men had been at “stubbies and singlets” party at a local bar. (A stubby is the Australian slang term for a 375ml bottle of beer; a singlet is a cut-off vest). After the party, the two men headed to a nearby “servo” (gas station) for a snack, when they saw an alleged robbery in progress at a chicken restaurant. They then prevented what appears to be the getaway car from making an escape and gave chase to the suspects.

At the time, Ross-Munro reveals that he had “busted my plugger” or broken his sandal. When a presenter compliments him on his shirtless physique and asks him if he goes to the gym, Ross-Munro quips: “Mate, I don’t go to the gym, haven’t been to the gym in years. The only gym I go to is Jim Beam.” 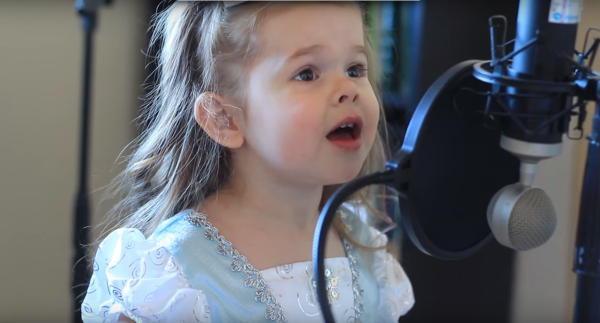 This 3-Year-Old Girl Singing The Little Mermaid Is Too Cute for Words
Next Up: Editor's Pick