Lee Bo, the Hong Kong publisher of anti-Chinese works who was presumed abducted from the territory by mainland Chinese agents in late December, reportedly met with his wife on Saturday at an undisclosed location in mainland China, where he claims to have traveled of his own volition.

Lee’s wife, Sophie Choi, told Hong Kong police that her husband is healthy and in good spirits, the South China Morning Post reports. She gave authorities a letter penned by Lee, in which he asks Hong Kong police to “not continue to waste police resources on my case, and there’s no need to continue investigating.”

Lee, who holds British citizenship, was last seen at his warehouse in Hong Kong on Dec. 30, later calling his wife to tell her he had willingly traveled to the mainland to assist with an unspecified police investigation; his wife would later find his travel documents — necessary for the border crossing — at their home.

Lee is the fifth employee of Mighty Current Media, a Hong Kong publishing house that specializes in books critical of China’s political elite, to go missing since October — disappearances that have sent shock waves through the international Chinese dissident community and made world headlines, with many believing that China is expanding its repressive machinery beyond its own borders.

If Lee was abducted, mainland authorities would be guilty of a flagrant breach of Hong Kong’s autonomy. However, Zhu Xiaodan, the Governor of Guangdong province, which borders Hong Kong, attempted to play down the damage Monday.

According to the South China Morning Post, he said that he believed the outcome of Lee’s case would be “practical and fair,” adding “I don’t think any individual case would have an impact on the overall relationship of … Guangdong and Hong Kong.” 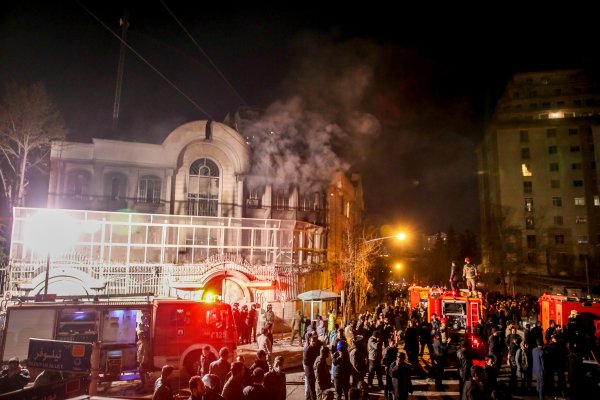