Smoke rises as Iranian protesters, upset over the execution of Shiite cleric Nimr al-Nimr in Saudi Arabia, set fire to the Saudi embassy in Tehran on Jan. 3, 2016.
Mohammadreza Nadimi—AP
By Melissa Chan

Around 100 suspects were arrested following an attack on Saudi Arabia’s embassy in Tehran earlier this month, a spokesman for Iran’s judiciary said Sunday.

The announcement by spokesman Gholam Hossein Mohseni Ejehi through Iran’s state TV comes after protesters set fire to the embassy and ransacked its consulate in another Iranian city in response to the kingdom’s execution of a prominent Shiite cleric on Jan. 2, the Associated Press reports.

The attack “has been condemned by all authorities and we have taken immediate and serious action,” Ejehi said, according to AFP. It later led to Saudi Arabia cutting diplomatic ties with Iran.

One person who “had given orders to certain individuals who entered the embassy” was arrested “abroad” and returned to Iran, he said. Some of those arrested have been released, according to Ejehi, who did not give further details. 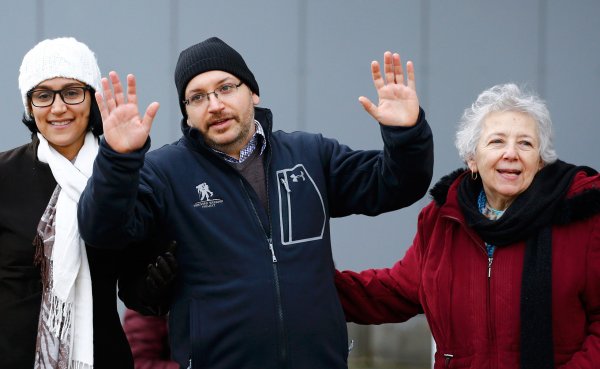