Michael Bloomberg at a news conference at the COP21 climate summit in Paris, on Dec. 4, 2015.
Christophe Morin—Bloomberg/Getty Images
By Katie Reilly

Former New York City Mayor Michael Bloomberg is considering a presidential run as an independent candidate, according to a new report.

The New York Times, citing unnamed sources familiar with the matter, reports that the billionaire media executive has asked advisers to create a plan for an independent campaign.

A person with knowledge of Bloomberg’s plans told TIME on Saturday morning that a Bloomberg presidential run is “significantly less likely” if Hillary Clinton is the Democratic nominee, “but not impossible.”

Bloomberg, 73, has considered running for president as an independent candidate previously, but has come to believe the success of Republican front runner Donald Trump and the recent rise of Democratic candidate Bernie Sanders over Clinton in some early states could leave an opening for him this year, according to the Times. He has set a deadline for making a decision in early March, people briefed on the deliberations told the paper.

A former Democrat, Bloomberg ran for mayor as a Republican and later changed his party affiliation to independent.

Multiple outlets previously reported that Bloomberg commissioned his own poll in December to determine how he would fare as a third-party candidate.

There has not yet been any real polling about a Bloomberg candidacy, but an online poll showed him coming in a distant third in a matchup with Trump and Clinton due to low name recognition. The poll seemed to indicate he would hurt Clinton among independents. Most pollsters are skeptical of the value of online only polls, however. 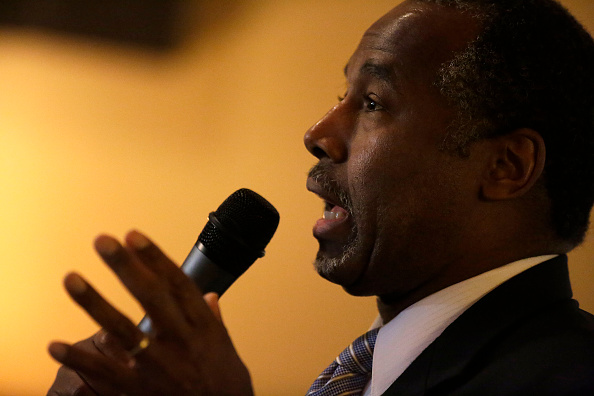 Ben Carson 'Horrified' By His Own Campaign Ad
Next Up: Editor's Pick